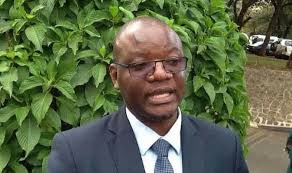 Reyneck Matemba and his Anti Corruption Bureau has returned unearthing all the case files that could not come out due to some Political interferences.

And here below is one of the files that is raising eyebrows for many Malawians who care about how their tax works.

ON 9 FEBRUARY 2015, the ACB Director, Mr. Reyneck Matemba made an affidavit.

HE AVERRED in that Sworn Statement that the ACB received a complaint from the then MRA Commissioner General Raphael Kamoto.

Counsel Mbeta offered K2 million to Mr. Upindi who rejected the offer and reported the matter to his boss Maxwell Mlomba.

In his bribe offer, Mr. Mbeta was requiring the MRA ICT Security Officer to delete targeted information from three computers that were seized from a suspect of tax evasion.

The name of suspect of the tax evasion charges was Karamat Ullah Chaudry (of Asian origin). The computers belonged to Shiraz Ferreira.

Meanwhile, the file is still ailable at ACB only that during APM rule, the matter couldn’t see the light of the day due to obvious reasons.

Digging from the criminal archives.