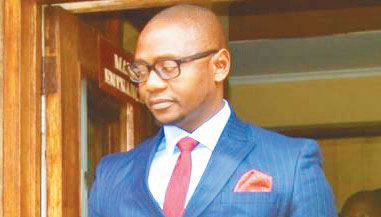 The Anti-Corruption Bureau (ACB) has disclosed that it will soon start prosecuting private practice lawyer Frank Mbeta for his alleged bribery charges dating back to 2015.

However when the graft-busting body wanted to arrest the lawyer at the time, he obtained an injunction at Zomba High Court stopping ACB from effecting the arrest and also a subsequent order for judicial review on the matter.

Now five years later, ACB spokesperson Egrita Ndala told Weekend Nation that through a consent order, the court directed that the bureau should not arrest Mbeta but commence the case against him through summons.

Said Ndala: “The injunction that Mr Frank Mbeta obtained against the ACB stopping his arrest and prosecution, is no longer there.”

The Office of the Director of Public Prosecutions (DPP) also granted the bureau consent to prosecute the matter, she said.

Ndala added that the case delayed to commence because the prosecutor who was handling the matter stopped working with the bureau and a new prosecutor has taken over the case.