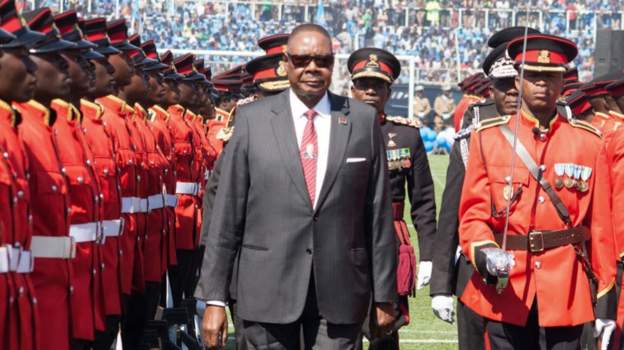 VOMI radars understand that the President left Lilongwe for Blantyre the days he was making dangerous changes in the MDF ranks, relieving the duties of General Vincent Nundwe who was believed to be very popular among junior soldiers.

The radars are served with intel that the Malawi President was doing a try and error game on army ranks’ changes and that moved him to Sanjika to avoid any attempts of a possible coup which DPP and President’s inner circle believed Army at Kamuzu Barracks would do, orchestrated by the opposition with support from the judiciary.

VOMI Radars can confidently reveal that President Mutharika would rather stay in Blantyre at the Sanjika Palace for his safety unlike the Kamuzu Palace which is meters away from the Army Headquarters where most of the soldiers are reportedly to be unhappy with his administration.

Our intel further states that it is very unlikely for Mutharika to permanently return to Lilongwe anytime soon despite the Vice President’s proposal to do so, as Lilongwe city continuously serves as a nightmare for President and his DPP after the constitutional court ruling against his reelection on 3rd February 2020.

Chilima made the call on Wednesday for the President’s return to the capital city Kamuzu Palace as one way of effectively fighting the coronavirus taking consideration that Lilongwe is the sit of government business.