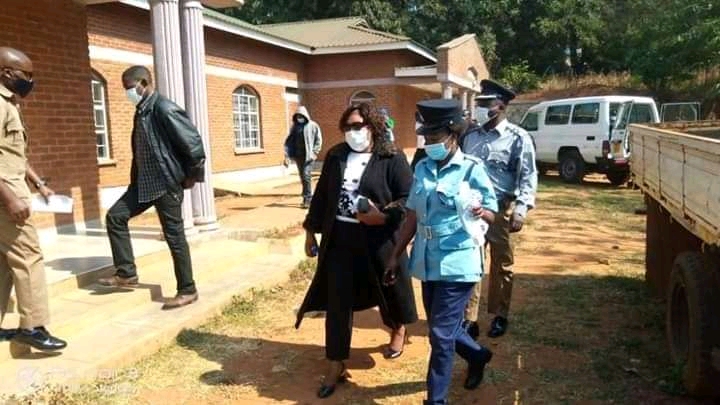 Section 42(2), paragraph (b) of the Constitution of the Republic of Malawi provides as follows:

“Every person arrested for, or accused of, the alleged commission of an offence shall, in addition to the rights which he or she has as a detained person, have the right— as soon as it is reasonably possible, but not later than 48 hours after the arrest, or if the period of 48 hours expires outside ordinary court hours or on a day which is not a court day, the first court day after such expiry, to be brought before an independent and impartial court of law and to be charged or to be informed of the reason for his or her further detention, failing which he or she shall be released.

Ms. Mbilizi was arrested on Friday 10 July 2020. The law, as quoted above, provides for or requires that the detained be brought before an independent and impartial court of law to be charged.
.

I am submitting it to you that it is a complete bending of the interpretation of the law to assume that the law requires for a release of the arrested suspect at the expiry of the said 48 hours.
.

As has been highlighted above, the expiry of the 48 hours was meant to bring the suspect to Court and not to release her before bringing her to court. Since the expiry was on a day which is no a court day, the State cannot claim that it was then bound to release the suspect. The quoted section 42(2)(b) above is in very clear terms that the suspect is to be brought before the court during the next court day (which is today).
.

It is on this basis that I find the release of Ms. Mbilizi yesterday to be unlawful and corrupt. It smacks of taking the public outcry for granted.
.

Because we believe we have a right to see to it that justice is done as expected, we demand a clear explanation from the Minister of Home Land Security, under whose authority the police is designated, to tell the nation why Ms. Mbilizi was released as such from police custody.
.

If this Government thinks the mission of fixing this country can be sold, I am here to affirm that they have taken a wrong calculation.
.

We must know which “above” ordered the release of this suspect.