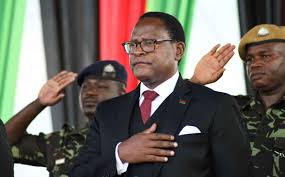 The arrest of some government officials and former ruling Democratic Progressive Party cadet Isaac Jomo Osman has completely thwarted all the critics members of the general public were making on President Lazarus Chakwera’s newly appointed Cabinet which has been sworn in on Friday.

There was a huge outcry from various corners of the society accusing Chakwera’s first appointment as a union of families who have been appointed for being creditors who financed his presidential campaign trail.

But speaking at the swearing in ceremony in the capital city, Lilongwe Chakwera told the nation that it was not easy for him to come up with a list of cabinet ministers considering a number of factors which even included the scrutiny by Anti-Corruption Bureau (ACB)

“The issue of merit I am emphasizing on is beyond one’s academic qualifications, but we had to involve a number of institutions which had to scrutinize every individual because we are looking for people with integrity to serve Malawians diligently,” Chakwera said.

Mbirizi is reported to have been picked by Fiscal Department of the Malawi Police Service for abuse of office at MRA, while the wife to former head of security to the former president, Peter Mutharika, Norman Chisale was picked in connection with the death of Buleya Lule.

A source within the police headquarters confided to this publication that Osman has a chain of case files which are likely to keep him closer to the chest of a number of investigation officers which may lead to him being kept longer in the hands of the police.

Upon arrival at Limbe Police Station, Osman is reported to have collapsed and was quickly rushed to the Queen Elizabeth Central Hospital where he was admitted.

In a recent development, police in Ngabu, Chikwawa District are reported to have arrested former employee of Malawi Broadcasting Corporation (MBC) Gerald Viyola who was now second in command at National Food Reserve Agency for cases that have not yet been disclosed.

The Human Rights Defenders Coalition (HRDC) said it was to meet President Lazarus Chakwera on Thursday afternoon to discuss issues bordering on the cabinet list released on Wednesday night.

HRDC chairperson Gift Trapense told journalists in Lilongwe that they received concerns from Malawians decrying the appointment of members of the same family and alleged failure to adhere to the Tonse Philosophy the alliance has been preaching.

Trapense said HRDC resolved to engage the President first before taking further action because the coalition believe in dialogue.

Meanwhile, all those appointed in various ministerial positions have taken their sworn of office, hence the commencement in operation of some government institutions to immediately reactivate their duties such as the police.