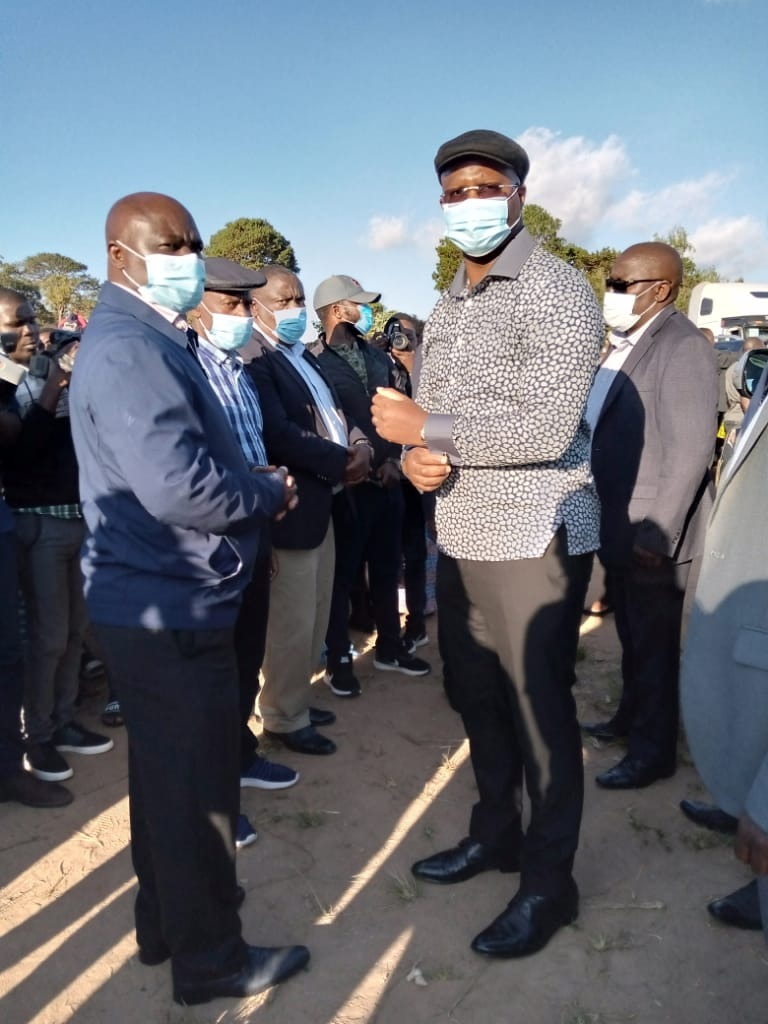 In a desperate attempt to pull crowds at his rallies, the running mate to the DPP-UDF alliance presidential candidate in the Fresh Presidential Election (FPE), Atupele Muluzi has embarked on a hand-outs campaign trail.
On Sunday afternoon, the young Muluzi distributed 20 kilogram bags of maize flour to 400 people who were identified by the DPP and UDF northern region officials at Katoto Secondary School ground in the city of Mzuzu.

Addressing people who gathered at the distribution center, Muluzi said he has been all along distributing food items and soap to the needy in the South and Central regions of the country so he had to do the same having visited the northern region.

“I have been distributing food items and soap to those in need, so like the way I have been doing in other regions of the country I thought it wise to come and share this with people in the northern region as well,” Muluzi said.

Ironically, asked as to why being a minister he did not recognize and channel the relief food items through the responsible Ministry of Disaster and Relief Management, Muluzi said he has all along been distributing food items by himself so there was no such a need for that.

Meanwhile, ones of the country’s social, economic and political commentators, Humphreys Mvula has described Muluzi’s food distribution exercise as unacceptable in as far as Electoral laws are concerned.
“Food distribution at this crucial time of the campaign is unacceptable in as far as the electoral law is concerned, he is just trying to make sure that he win the hearts of voters and the law is clear on such infringements,” said Mvula.

Many observers have already raised eyebrows on Muluzi having already started enjoying Fringe of benefits of the country’s vice president considering the security detail accorded to him.
And on the handouts issue, stakeholders in the electoral process are yet to comment on the matter.