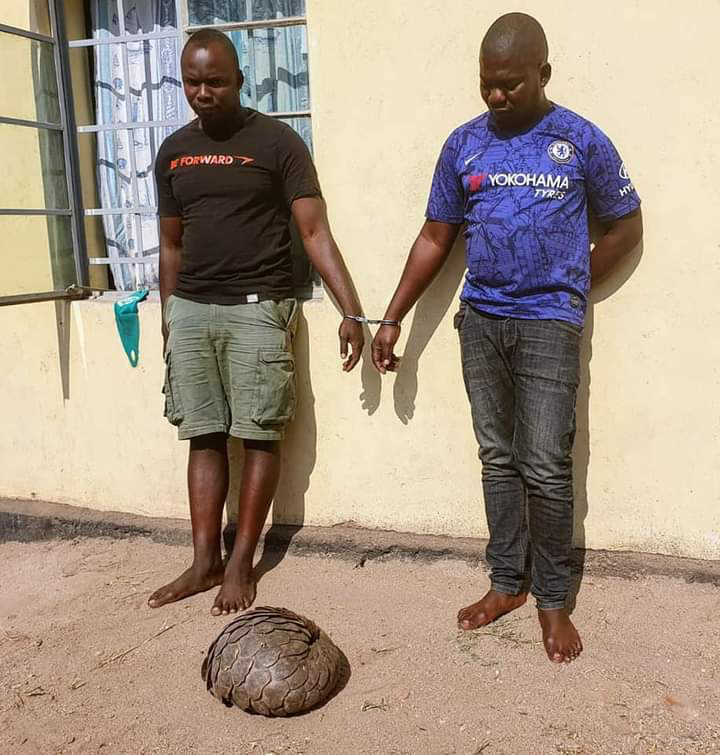 Police in Mangochi are keeping in custody twin brothers, Cassim and Anold Ayami both aged 35 for illegal possession of specimen of listed species contrary to section 110(b) of National Parks and Wildlife Act.

Police deputy publicist Amina Daudi told MBC Online that the two were nabbed on Wednesday at a resthouse after a tip-off from the public that the Pangolin was being offered for K4.5 million.

“The live Pangolin was found hidden in a black school bag under the bed. They claimed to have acquired it from Mozambique,” Daudi said.

The suspects, who hail from Chiponde village in TA Jalasi, will appear in court to answer charges of illegal possession of an endangered and protected animal specie in Malawi.

Pangolins are a protected specie in Africa but they are sought by Asian countries for their kelatin scales and blood highly demanded in Asia for their supposed medicinal qualities and some are used in Chinese traditional medicine.

The Ayami brothers hail from Chiponde Village, Traditional Authority Jalasi in the district.

Both suspects will appear before court after investigations are completed.

Meanwhile Police wish to thank members of the general public for their support in the fight against wildlife crimes in the district.

2 thoughts on “Brothers in Cooler for Terror on Wildlife Species”