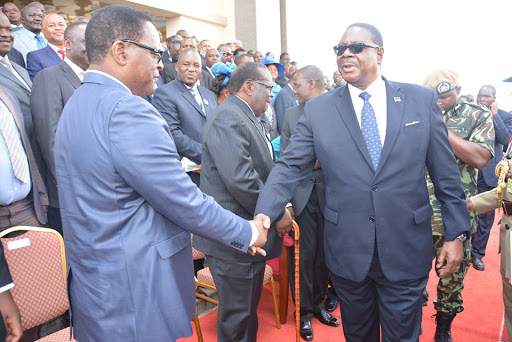 Chakwera reminded the crowd that gathered at Kapiri in Mchinji that everytime before elections, Malawi does a presidential debate and asked the organisers to bring it on, because he is ready.

The due were later spotted in Ndirande where some section of the community were not happy with their marriage, and Mutharika’s leadership in the past 6 years and booed them whilst in their long procession from Mount Soche to Sanjika Palace via Ndirande and other areas in Blantyre.

It is reported that they were stoned too and the perpetrators were later arrested by the police but eventually released by the courts on bail with conditions and attached.