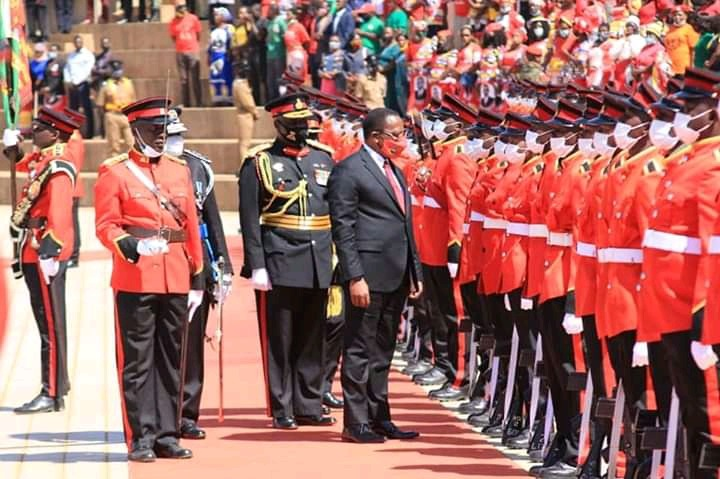 Some delegates to an electoral reforms review conference in Lilongwe which was organised by the National Initiative for Civic Education (Nice) Trust argued that  a minimum age of 35 and nationality are not enough qualifications for one to run in the presidential office.

The Law Commission report recommended at least a bachelors degree for one to run for office of President while delegate were keen on limiting the age of a presidential candidate to a maximum of 70 years.

This amendment if implemented would effectively close the door for  President Lazarus Chakwera to seek a second term in 2025.

President Chakwera is 65 this year and will not be eligible to contest the presidency during the next polls set for 2025 if the proposal is adopted  and  constitutional amendment goes through.

Chancellor College-based political scholar, Ernest Thindwa, and Mzuzu-based social and political commentator, Emily Mkamanga,  in an interview with local media also proposed  70 years as the most ideal age limit for candidates seeking to be elected to the highest office of the President of the Republic of Malawi.

Thindwa, in response to a questionnaire stated saying that although there is no definitive age during which a person is likely to lose mental sanity, it is important that those seeking election to the State Presidency should be within their active and productive ages.

He said there is evidence to suggest generally that individual productivity and mental capacity tend to decline significantly when one is 70 and above.

“Age limit is important for the office of presidency. Critical decisions that can determine the fate of the country revolve around the presidency. As such holders of such an office need to be in total control of their mental faculties,” explained Thindwa.

“As humans, there is an age limit beyond which one cannot be in control of his/her sanity. What we are dealing with is a question of legitimacy and trust. If the holder of the office has lost sanity due to age, any decision or action emanating from the office when the incumbent for reasons of age is incapacitated would be devoid of both legitimacy and citizen trust which could send the country into the path for political turmoil,” he added.

Thindwa emphasized that the risk of electing individuals aged 70 and/or above is that the country risks having an illegitimate individual and/or a cartel of people assuming governmental and presidential powers in the event the incumbent’s brain suffers from grave diminishing mental capacity owing to age.

He said since Malawi adopted a democracy where the exercise of presidential powers is vested not in a proxy individual or group, but in an individual who is directly elected by universal suffrage, it is extremely important that the country should demonstrate that ‘we are a progressive society that can deal with political risks through collective action divorced from partisan lenses’.

On the other hand, Mkamanga said the Office of the President of the Republic is a very tasking position; hence, it is important that those seeking its election must be at his or her active stage so that if elected, they will not just rely on people, but use their own judgment when dealing with multiparty system of government.

The Presidential term of the immediate past president, Peter Mutharika has been one such a very good example of an overagd leader whose decisions were always questioned considering some issues that could be dragged to court only for the state to lose alot of financial resource