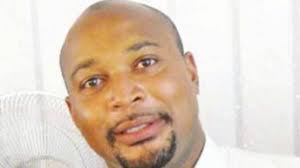 The High Court in Zomba has adjourned a case in which murder suspect Misozi Chanthunya was expected to enter into defence on three charges.

Chanthunya was earlier answering the charge of murdering his Zimbabwean girlfriend Linda Gasa in 2010.

However, after parading witnesses in the case, on 2 March, the state applied for an amendment of charge sheet to include two additional counts, of perjury and hindering burial of a body.

The court found Chanthunya with 3 counts of murder, perjury and hindering the burial of a dead body.

Before the court proceedings on Monday morning, defence lawyer Michael Goba Chipeta prayed to the court to give them more time to prepare in answering the additional charges.

Chipeta argued that since the defence team was only served with full copies of new charges today, he needed time to go through documents to fully prepare in answering the charges.

He asked the court to give the defence five days in their preparations.

However, state lawyer Steven Kayuni asked the court to proceed with the case, arguing that the acussed had enough time to prepare on answering the new counts of perjury and hindering burial of dead body.

Judge Ruth Chinangwa who is handling the case, has since adjourned the case to 8 June.