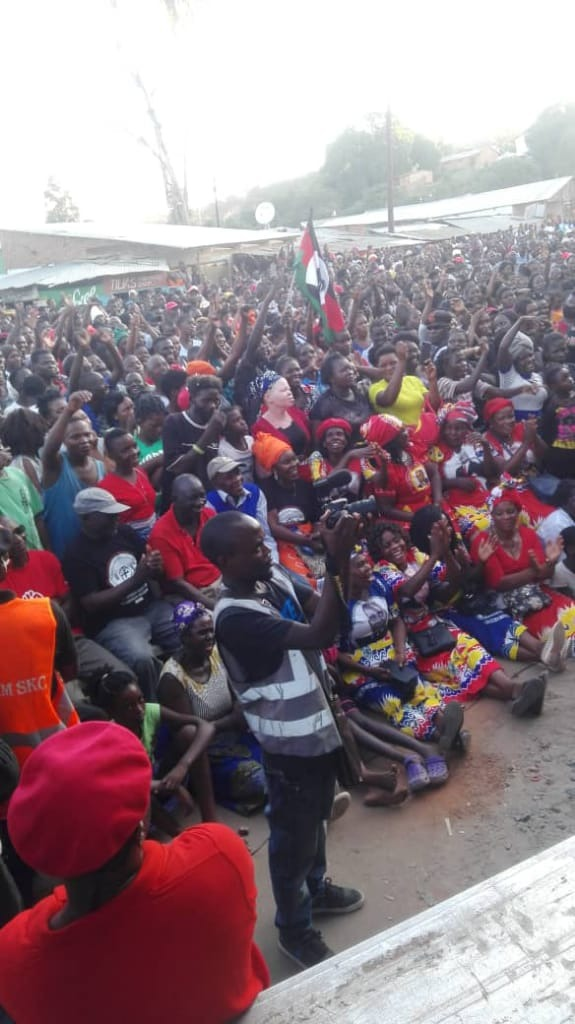 Cheap political tactics characterized by violence and mad slinging deployed by people believed to be Democratic Progressive Party (DPP) and United Democratic Front (UDF) supporters have worsened in the country.

Tribal political approach in campaign styles have now completely fragmented the country further more than ever before.

This is evident following the stoning of the vice President’s convoy in Mulanje District on Friday afternoon.

Unconfirmed reports indicates that a lot of people who were in the convoy have been injured while vehicles have been damaged.

Some political supporters who took their time to comment on the development have rushed to condemn the nasty Mulanje incident.

“From now onwards we declare the Central and northern regions, no go zones for the ruling DPP and its partner, the United Democratic Front (UDF) what they have done is beyond our level of patience,” reads on of the messages written by one Shaggy.

There is no immediate comment from either the office of the president or his party on the violent conduct that erupted in Mulanje.

And in a related development, a rally being addressed by the Malawi Congress Party official, Daud Sulemani on the same friday was also disrupted at Liwonde in Machinga District following another session of stone throwing suspected to have been done by supporters of the DPP-UDF alliance