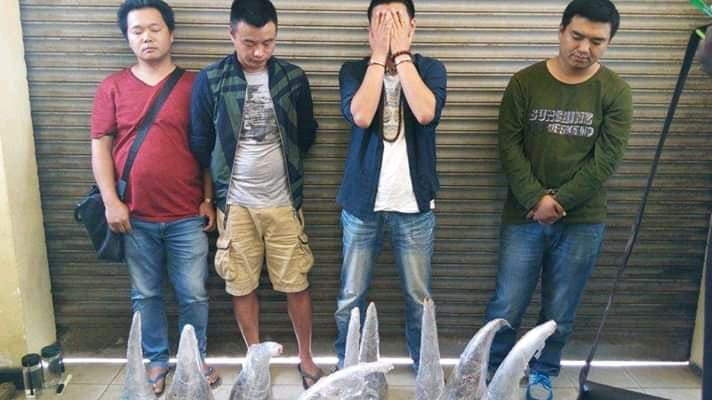 The magistrate Court in Lilongwe on Friday convicted Lin Yun His who has been masterminding poaching and selling protected wildlife animals in the country and other neighbouring countries.

Senior Resident Magistrate, Florence Msekandiwana found the fugitive Chinese national and six others on the wrong side of the law.
Legal Council representing the state, Andy Karonga expressed gratitude now that Lin has been convicted considering that he has been on the run for so many years.

“As the state we are happy that all accused persons have been found guilty and convicted, it is satisfying considering the steps the state took ND the evidence we had given the court, like tendering the 103 Rhino pieces,” Karonga said.

Court records indicate that sentencing of the of the convicts will take place on July 3,2020 after the state and the defence team file documents relating to the aggravating and mitigation factors.

During the court proceedings the court heard that Liu was found in procession of Rhino hons which are in the category of listed species at his house in Area 14 in Lilongwe the accused had processed into beads at the time of his arrest.