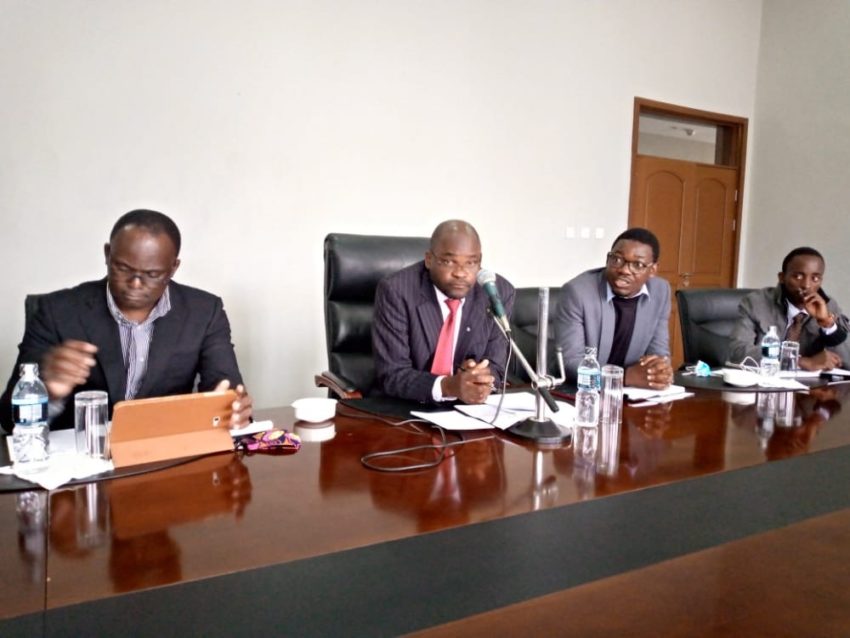 A grouping of Civil Society Organizations, the Alliance Against Corruption has instituted a Pay-Back Campaign which is ailed at mitigating the plunder of resources in public and private sector.

The campaign is giving all the criminal enterprenuors who stole public funds and property a total of 30 days to return what is meant for the citizenry.

Speaking during a media briefing in Mzuzu on Thursday, the civil society leaders noted that the country loses 30% of it’s resources through corruption each budget cycle.

Chairperson of the grouping, Moses Mkandawire said it is very unfortunate because the institutionalizing of corruption is deep rooted as it now involves both public and private sectors.

“Lately, the country has been awashed with reports of camshaft scandals involving senior political leaders, civil servants and private personnel among other actors,

We are looking at fraud at various levels even the electoral fraud which took place in 2019 and the acts of criminal enterprenuor who don’t love their country by looting public resources for the benefit of themselves as individuals,” Mkandawire said.

On his part, Youth and Society (YAS) Executive Director, Charles Kajoloweka expressed concerns with areas of poor access in education sector, health and care, infrastructure development sector and overall failure of human rights fulfillment, promotion and protection among other areas.

It was also noted that since the cashgate scandal of 2013, a few of the assets have been recovered including the withdraw of licences for some building contractors who were proven to be directly and indirectly involved in scandalous acts.

The briefing also centred on arrests which government has effected so far alleging that those being picked for questioning plundered public financial resources.

The Centre for Human Rights Rehabilitation, Michael Kaiyatsa hammered on a need for speedy arrests and prosecution of the criminal enterprenuors, saying, “Let the arrests yield results and not arrests just for the sake of doing it, enough of promises, we want to see the judicial wheels running in tandem with laws of the land,”

Malawi enacted the Adoption of the Civil Forfeiture Mechanism under the the Financial Crimes Act (2017) which is widely acknowledged during the development of Plea Bargaining guidelines by the Director of Public Prosecution (2017) as well as procurement of new IFMIS software (2019) which needs to be prioritised in the implementation for assets recovery.

In a related development former Minister during the DPP’s Bingu was Mutharika’s regime, Yunus Mussa has expressed a need for Asians (Amwenye) not to be spared in Malawi corruption crackdown.

Mussa is said to have observed that the spate of arrests in cement import scandal and others defrauding government in the Democratic Progressive Party (DPP) regime is giving the wrong impression that it is only indigenous Malawians who can be kept in police cells while Malawians of Asian origin are also on the list of suspects.