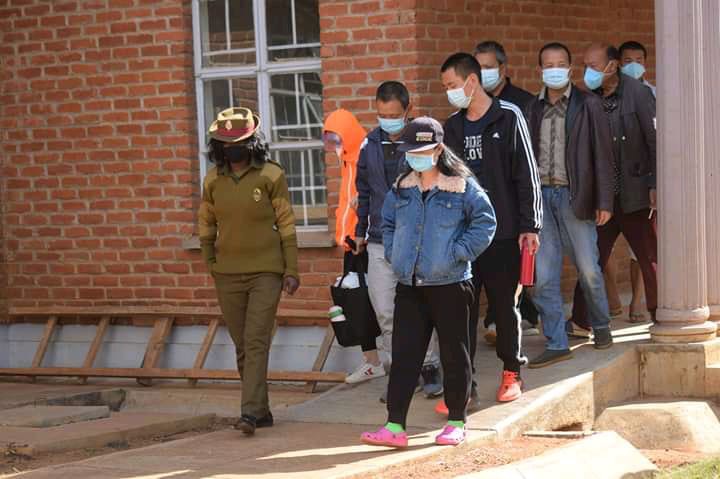 The Lilongwe Senior Resident Magistrate, Florence Msekandiana has sentenced seven Chinese nationals to 11 years each in prison with hard labour (IHL) for being convicted in wildlife crimes.

Msekandiana passed the judgement on Monday on the seven Chinese, along with other two Malawians, who have been sentenced to 18 months in prison.

The Chinese were illegally found in possession of penguin, Ivory and firearms in 2019 which is against laws of the land.

Meanwhile, Magistrate Msekandiana has ordered the Chinese to be deported to their country, after serving the sentences, saying they are dangerous to wildlife in the country.

Meanwhile, lawyer representing the convicted Chinese nationals have not yet shown any intent to appeal against the judgement while the state prosecutor has expressed satisfaction with the verdict.

Government of Malawi loses billions of money in replacing some of the wildlife species which are fast getting extincted from the country’s game reserves due to poaching.