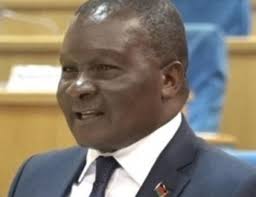 Former minister of Homeland security who is also Democratic Progressive Party (DPP) spokesperson, Nicholas Dausi has torn apart the newly appointed cabinet by the Tonse Alliance administration led by Dr. Lazarus Chakwera, describing it as a clear manifestation of lack of experience on the part of the appointing authority to run government business.

Dausi said, the representation of those who have formulated the new cabinet can be equated to a wedding or a simple marriage committee which cannot run government business anywhere where the citizens will demand progress.

The former Hastings Kamuzu Banda’s librarian said it could be wise if relations could not be considered at this time when Malawians are anxiously waiting for people appointed on merit, relatives be taken on board at an appropriate time if necessary, considering the huge expectations the electorate had in the set-up of a new government.

“This is a joke of the century, has the president appointed a church section committee or a wedding or engagement committee or something of that some sort?” said Dausi.

However, Dausi wished all the best to the DPP member, Rashid Gaffar who has secured a ministerial portfolio in the new cabinet saying it is a constitutional right for the president to appoint anyone of his choice into his cabinet.

Meanwhile, the DPP Vice President for the Southern region, Kondwani Nankhumwa has repeated calling on the party followers to accept the reality that they are now in opposition and will not be enjoying privileges they used to get while in government.

Nankhumwa who is DPP’s only hope who seem to have the capabilities to lead the party if Peter Mutharika may decide to retire has also expressed dissatisfaction with few votes Blantyre gave Mutharika during the fresh Presidential election saying something really went wrong somewhere.

“We have a party to rebuild and we need all those who have the capacity to come forward and contribute in whatever way possible, the President sent me to deliver this message and soon he will come for himself to thank people for the support they gave the party,” Nankhumwa said.

Also making his contribution, DPP executive member, Joseph Mwanamvekha, stressed on the need for the party followers to respect Mutharika as their leader.

He denounced social media castigations on Mutharika by calling for unity in the party which he said needs to be revamped at all levels if it is to bounce bank in the next general election.