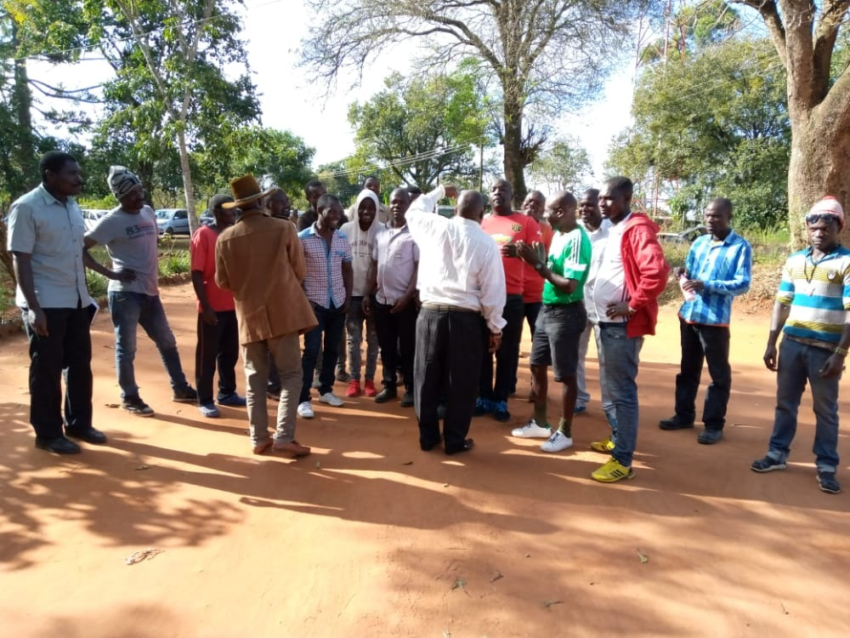 Talks aimed at reaching an amicable solution over disagreements on the concession agreements between foreign investors and indigenous Malawians producing timber in the Vipsya Plantation ended in a deadlock on Thursday in Mzuzu.

Officials from the Department of Forest invited all the stakeholders plying timber business in the Vipsya plantation to a round table meeting following threats which a group of people calling themselves concerned citizens made calling for demonstrations at the Plantation office in Chakangawa.Forest.

During the meeting it transpired that government and Raiply Malawi Limited signed a new concession agreement which made some amendments to the existing 1999 agreement which some indigenous timber millers say is only punitive to the local timber traders..

Addressing the media after the meeting, chairperson for the concerned group, Akim Kachilika.said nothing is working on the market considering a business web to which the timber trade is connected with.

“Almost all the businesses starting with even those selling dried fish is not working, oils, spare parts sellers and transporters who use to do business with the timber Millers have all suffocated, and today’s discussions have ended abruptly because Raiply Malawi Limited had no representation in the meeting,” kachilika said

He further expressed hope that the meeting which will take place on Friday at the same plantation offices at Kaning’ina will bear fruits, or else they will resort to stage mass demonstrations at the Plantation offices in Chikangawa.

Responding to the demonstration threats which the said concerned business timber sellers made some few days ago, Raiply’s Public Relations Officer, Dalitso Chimwala said disruption of business in the plantation has always been threatening job security for over 2000 people working at the factory.

“We have more than 2000 people who solely depend on the financial transactions emanating from the factory operations so any description of business that takes place has been greatly affecting them, and also it should be put on record that this affect the replanting, pruning and harvesting of trees in the Plantation,” Chimwala said

However, Chimwala has communicated that Raiply Malawi Limited has no time to be party to the Friday meeting saying the company is abiding by the concession agreement it signed with government to which it has no problem with.

Among the notable figures at the meeting include Chief Kabunduli and Group Village Headwoman Thula of Khatabay and Chief Mthwalo of Mzimba District, and also leagal practitioners who were providing guidance throughout the discussions.