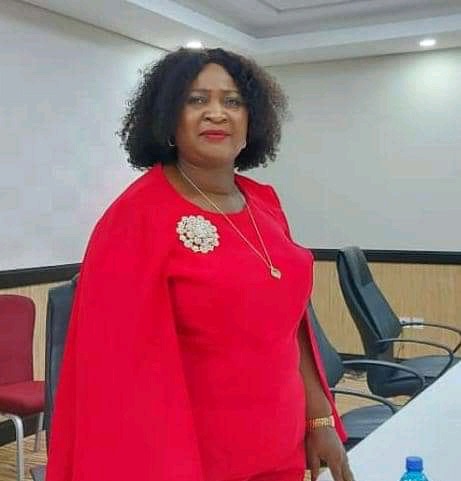 The office of the deputy defense minister, Jean Sendeza felt duty bound to respond to social media outbursts made by one of the vocal social media commentators, Yamikani Kachingwe.

Kachingwe in his opinion posted and gone viral on various social media platforms expressed discontent with the operations of the deputy Defense ministry office.

And this did not go down well with the minister concerned (Jean Sendeza) who ordered her communications office to swiftly respond to Kachingwe’s sentiments.

And here below is a response Sendeza and her media team made on tuesday and sent to various media institutions for publication.

The office of the Deputy Minister of Defence has learned with great shock and dismay over the degrading remark made on social media by one Yamikani Nicholas Kachigwe of Nazombe village,T/A kapena, Blantyre.

The above mentioned person whose is on the offensive advancing a baseless propaganda seem to be far from reality about how functions of the Office of the Deputy Minister of Defence operates. It’s sad to note that Mr Yamikani Kachigwe who pretend to understand government systems and operations seem to be blank on how government policies and ministerial duties of such a sensitive office of the Deputy Minister of Defence works.

This an office that deal with high level matters of security to do with our state and ensure its sovereignty is intact. It’s sad to note that Mr Yamikani Nicholas Kachigwe is a spectator within the boundaries of development and this raises questions about his mental capability because a right thinking Malawian citizen can not question why the state President instituted such an office of Deputy Minister of Defence.

His Excellency the President being a man with passion to develop the country saw it fit to institute such an office.

We would like to bring to the attention of one Mr Yamikani Nicholas Kachigwe that the office of the Deputy Minister has facilitated alot of development with various catoinments that are under it’s establishments.

Various infrastructure development are under way and projects that were stalled under DPP government have been given back life such as the Millitary hospital project, construction of Meru barracks, Mvera water project, and all this have been facilitated by the Deputy Minister of Defence Hon Jean Sendeza through the guidance of the state President His Excellency Dr Lazarus Chakwela.

Our humble request to you Mr Yamikani Nicholas Kachigwe of Nazombe Village T/A Kapeni , Blantyre. Don’t be a spectator on the boundary. Desist from being used by failed politicians.