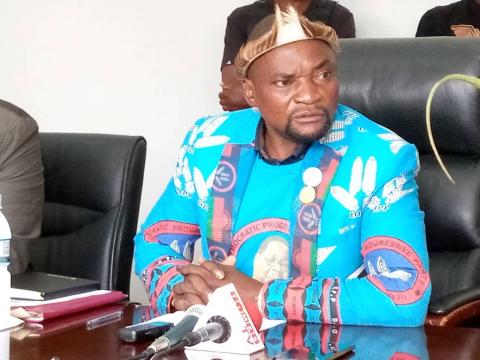 Democratic Progressives Party (DPP) Regional Governor for the North, Mzomera Ngwira has said his recent arrest will not silence or distract the party’s rebuilding exercise.

Ngwira said DPP supporters should not be discouraged in anyway, hence a need to remain strong and focused.

Speaking to journalists immediately after the police released him after meeting the ball condition on Friday.

But Ngwira declined to comment on his case but stressed that he will remain loyal to the party he is rebuilding at the moment.

“I cannot talk about the case, but all I can say as of now is that I remain DPP and I know everyone has heard about my arrest, though others are disappointed I urge them no to be shaken, the wind blows and pass,” Ngwira said

DPP vice president for the north, Goodal Gondwe said the party will continue with its restructuring exercise from the grassroots.

Ngwira together with the Deputy Director of Operations, Joe Yhomas Nyirongo (Big Joe) and three others are have been charged with six counts and are appearing before Senior Resident Magistrate, Peter Kandulu.

Ngwira and his colleagues will appear in court on August, 21 where the state will continue parading its witnesses.