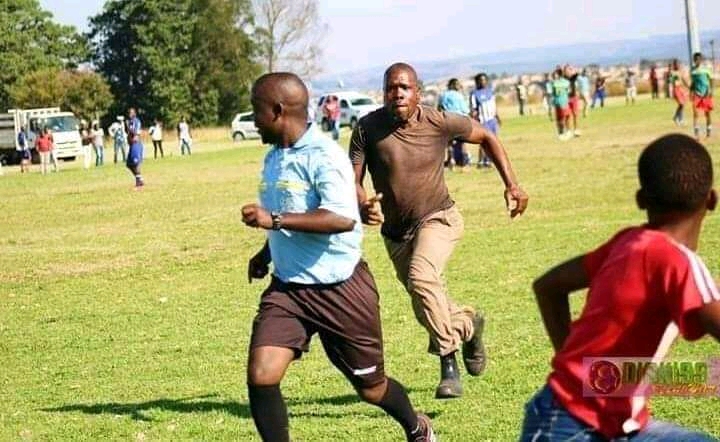 Grade one referees Masauko Mwambiyale has been sent to languish in jail for four years by the Senior Resident Magistrate’s court in Karonga on Monday with hard labour for stealing at Aunt Mwiza Lodge.

State Prosecutor Sub-Inspector Brenda Livason told the court that during the night of March 28-29 the Karonga based referee, broke and entered into a dwelling house of John Kalasho at the lodge with intent to steal therein and stole seventy-two thousand kwacha (K72, 000).

The development comes barely a month, after Mwambiyale was released from Karonga Prison after completion of his sentence of six months with hard labour for stealing mattress at Taonga Guest House in the district in September, 2019.

“When he apperard before court, he pleaded not guilty to the charges and prompted the state to paraded three witnesses.

Satisfied with the evidences, Magistrate Mateo Fatsani Chitha found Mwambiyale guilty and convicted him. Giving his sentence, Chitha quashed the mitigation arguing that the maximum sentence for burglary is death or life imprisonment,” Black said.

However, Black added that in mitigation the convict prayed for a lenient sentence.

Meanwhile, the recovered money K72, 000 has been returned to the complainant.

Commenting on the matter, Northern Region Referees Committee Chairperson, Misheck Juwa condemned the malpractice saying it a disgrace to men in black.

Juwa further said, upon hearing the matter, they dismissed Mwambiyale in February this year for the conduct.

“The desciplinary committee dismissed him from referees association and no longer to be a referee taking part to any football activity to all regions, towns and districts in Malawi. We cannot keep such bad bevaviour person to our association because referees should be exemplary,” Juwa said.
The convicted refereee started officiation in 2005 and has been mainly officiating Northern Region Football Association, Simama and Sons (Simso) Premier League Divison and be fourth official in super leaguen games.

Mwambiyale Hails from Mwanyesha village in the area of traditional authority Kyungu in Karonga District.