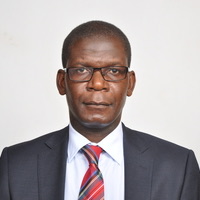 Karim Batatawala’s firm finds favor in a witnesses statement from the government side, the witness in the department of immigration and citizenship services uniforms case has undoubtedly confirms that Malawi Government owes Karim’s firm over 2 billion Malawi Kwacha.

Masauko Medi who happens to be the first witness for the defendant in that drugs on reliance Trading Company Limited and Africa Commercial Agency are the first and second claimant, respectively. While the Attorney General (Sulungwe), on behalf of Department of immigration and citizenship services, is the defendant.

Medi, who is serving as a witness admitted that on October 26 2015, first claimant Reliance Trading Company Limited wrote him to ask for a confirmation that the department owed them K2, 235, 961, 772.79.

In his words, Medi said “I refused to and advised them to put the same in writing rather a verbal communication”, the documents that avantmalawi has seen Indicates that Medi wrote back to the company Confirming that the quoted amount was really owed.

Medi disclosed that the claimant wrote him on 20 April 2016 requesting if the office will be held reliable if devaluation per proforma will be duly honored.

The said documents were presented before the high court for further reference.

Fast forward, Medi also concedes that the then Office of Director of Public Procurement (ODPP), which is now called Public Procurement and Disposal of Assets
Authority (PPDA) cleared the contracts as having followed procurement laws through a ‘No Objection’.

Medi, however, only found it “shocking” that his department instructed three suppliers at the same time to supply uniforms worth over MK12billion.

Medi joined the department in January 2015 after the contract was already been signed, but some of the consignment from the suppliers arrived while he was
at the institution.

The two companies argue that by failing to pay for the uniforms and accessories already supplied and refusing to clear with Malawi Revenue Authority (MRA) as well as receive new consignments as per contractual obligations, the department has breached the contract.

The claimants, therefore, want the court to order the department to facilitate clearance of
the goods the subject matter of the aforesaid
contracts duty free; accept and take delivery of
the goods; and pay the contract price for the