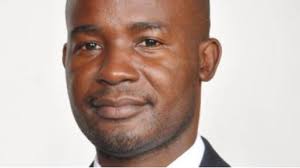 Trade and Commerce Minister, Sosten Gwengwe is reported to have threatened business captains for the scarcity and exorbitant prices of building cement in the country.

During a meeting last week with merchants importing and selling cement in the country, Gwengwe is said to have threatened to revoke business licenses from all the traders whose cement might be expensive without proper justification.

Addressing the local media, the ever soft spoken Gwengwe indeed echoed his threats saying Government is equally determined to revoke business licenses from all the traders who are hoarding the commodity or selling it at expensive prices.

“I have told those traders importing and selling cement in the country that if they unreasonably raise the price of cement then this Government will not hesitate, but to withdraw their licenses,” Gwengwe said

However, the minister was quick to concede that the scarcity of forex in the country could be one of the contributing factors towards unstable cement prices on the market.

One of the leading cement importers in the country who opted for anonymity, described Gwengwe’s threats as unfortunate and lack substance.

“We did not come here to be threatened by Gwengwe, we are very sure that he must know some of the factors affecting the pricing of such commodities on the market, how can cement prices be stable when forex is not available?

“Issuing threats like that is not acceptable in today’s Malawi, Honourable Gwengwe is an economist who is very conversant with the dynamics and dictates of a liberalized economy where forex is a major determinant,” he said.

Following the scarcity of forex on the market some scrupulous traders have taken advantage of the situation to peg the United States dollar at K1000 at some hotspots such as Songwe Border which is one of the country’s reliable trade routes to Dareslam in Tanzania.

And the price of some locally manufactured and imported building cements at various retail shops are now ranging from K10 800 – K12 800 per 50kg bag, a sharp increase in price from K6 400 a few weeks ago.