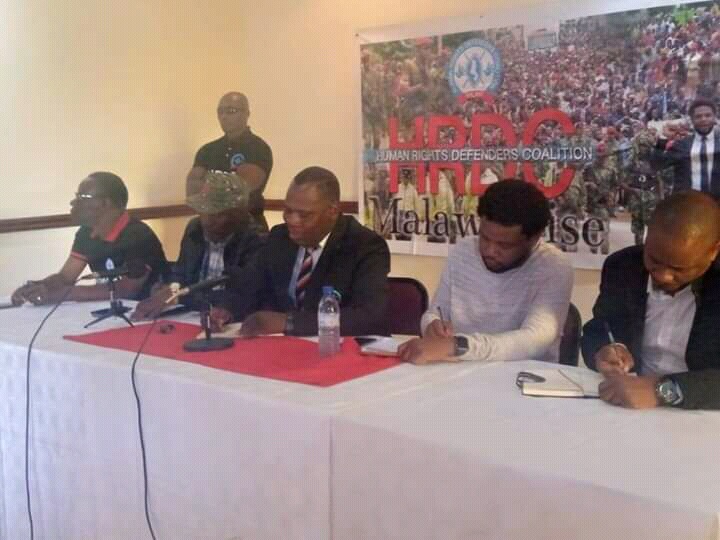 Human Rights Defenders Coalition (HRDC) has today said that they would close Parliament in their planned 10th-12th June national-wide demonstrations.

Speaking at a press briefing held in Lilongwe today in an apparent reaction to the State of the Nation Address that president Peter Mutharika made on Friday, the grouping has lamented the total disregard for laws by the Mutharika administration and they wonder if indeed he is professor of Law.

Billy Mayaya who is one of the executive members of the Coalition has said that the State President must know that he is at all cost leaving the state house by 3rd July and should not dare to implement whatever plans he might harbour of possibly clinging on to power upon the elapsing of the court sanctioned 150 days.

Labeling the Statement that the president made through a recorded audio in Parliament on Friday as the “State of the Scandalous Address”, the grouping Chairperson Gift Trapence has also said that the planned demonstrations on Wednesday would go as far as closing down the National Assembly if need be.

Trampence has also said that people must stand up to the alleged intimidating remarks that president Mutharika is making and that everyone must feel obliged to defend the Constitution.