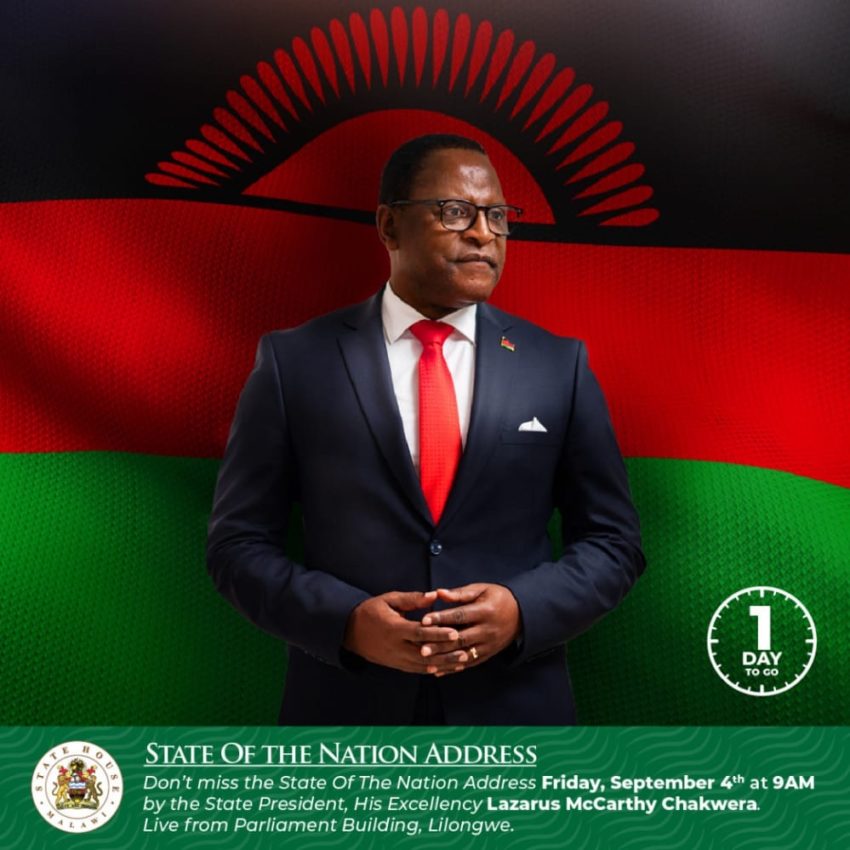 Ahead of President Lazurus Chakwera’s State of National Address on Friday, Anti corruption Alliance a grouping of civil society organizations has asked the president to consider allocating more resources to governance instiy if corruption is to be eradicated in the country.

These are institutions such as The Anti-Corruption Bureau (ACB) Malawi Police Service, Fiscal Police, Judiciary among others.

Speaking in Mzuzu, Tuesday, during a press briefing, chairperson of the alliance, Moses Mkandawire said it is high time the government became serious in winning the battle against graft which they say is still rampant in the country.

“We are looking forward to the Sona so as to see how government will take an approach in the fight against corruption, we expect more from the budget considering inadequate prosecutors at institutions fighting graft such as the ACB,” Mkandawire said.

Making his contribution, Executive Director for Centre for Human Rights and Rehabilitation (CHRR), Michael Kaiyatsa, expressed disappointment over slow pace by the government to recover stolen public assets despite a clear piece of legislation providing for that.

“Banks are also accepting to deposit and keep stolen money from politically exposed people which is not health in the management of public resources, every year the ACB budget is getting reduced hence incapacitating the graft busting body,” Kaiyatsa said.

The Alliance has Youth and Society, Malawi Law Society, CHRR and Church and Society of the Livingstonia synod of the CCAP.

President, Lazarus Macarthy Chakwera is expected to present his state of nation address at the 49th session of parliament in Lilongwe on tomorrow.