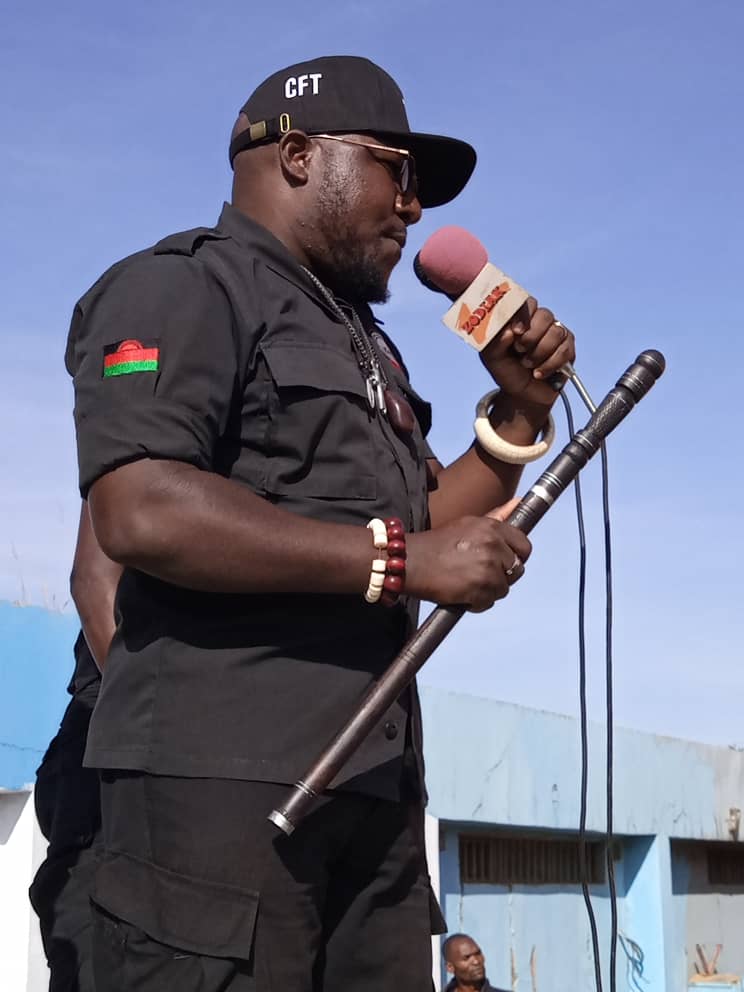 The Citizen for Transformation Movement Commander-in-Chief, Timothy Mtambo has repeated telling people that he is determined to destroy the ruling Democratic Progressive Party (DPP) and it’s alliance partner, the United Democratic Front (UDF).

Mtambo was speaking in Kasungu during the Tonse mega joint rally in Kasungu where all the alliance political partners conducted a rally.
Mtambo said, his primary objective is to make sure that the DPP-UDF alliance should not cheat people and continue ruling this country with a minority government.

“My first assignment is to make sure that I destroy the DPP-UDF alliance which has no purpose in as far as governing the country is concerned, and I am always in pains when I hear that Atupele Muluzi continues telling Malawians that he has experience, his father is on bail he must know that,” Mtambo said.

In her remarks the United Transformation Movement (UTM) secretary general, Patricia Kaliyati told some leaders to desist from politics that is dividing the nation on tribal and religious grounds.

Kaliyati further commended her party president, Saulos Chilima for sacrificing his candidature to partner the MCP president, Lazarus Chakwera just for the sake of development progress in the country.

Taking his turn, the UTM leader, Saulos Chilima who led the meeting in the absence of Chakwera who was attending his mother in-laws burial ceremony in Rumphi District reminded all those who registered to vote I the forth coming presidential election to make sure that they have checked with Malawi Electoral Commission if their names are still on the voter’s roll.
“There is an election on 2nd July, and those competing are only three people but the only name that is giving hope to you is only that of Dr Lazarus Chakwera and don’t waste your time with those other useless names,” Chilima said.

Some of the political parties present at the Kasungu rally include MCP, UTM, Alliance for Democy (Afford), People’s Party (PP) Freedom Party and Imodzi Party. Kasungu has been the second district to host a Tonse Alliance mega rally after the highly patronized one in the city of Mzuzu which was conducted last Sunday.