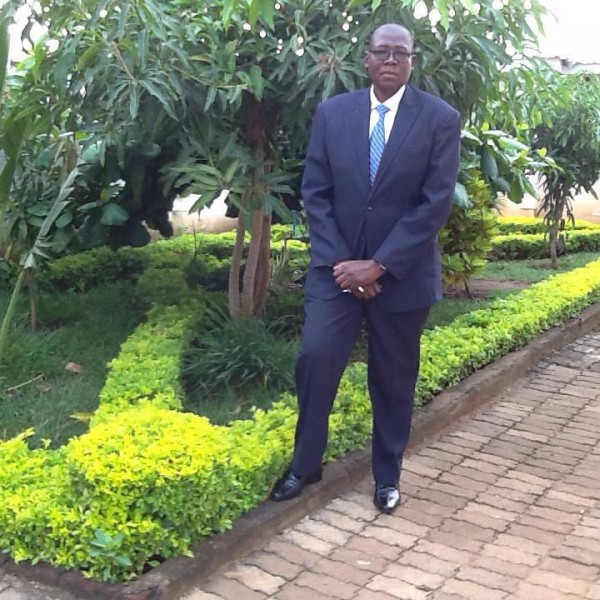 Issa Njaunju was gruesomely murdered. His body was found buried somewhere in Lilongwe, the capital city of Malawi, few kilometers from Kamuzu Palace-the official residence of Malawi President. His car was found at Mtandire, a high density area in Area 49 but in ashes.
Those who provide communication services to Malawi nation say the phone of Issa Njaunju was located around Falls Estate. The three incidents above explain a kind of a well calculated plan which was put in place to terminate prematurely an innocent soul for some people’s selfishness.

It is over a year now, Njaunju is gone and the assailants of his gruesome murder remain scot free and they are out there living a lavishing life while his relatives and children are not sure if someday, truth will come out of what exactly killed their father, husband, son and relative. Well, today the nation of Malawi and the world which is keen to know exactly what happened with Njaunju will have all the answers and know the truth of what really happened. Njauju was handling files related to the 577 billion case and the Ben Phiri’s house built by Mera in area 49 and was sending the evidence to the donors.

Investigations which this author has carried out at ACB for over a year now has established that Anti- Corruption Bureau received over 20 letters from different sources on how this State House mafia and President Mutharika long time private bodyguard, Norman Paulos Chisale who had been at State House for less than a year and by the time of Njaunju murder had accumulated a lot of wealth in corrupt ways. The dossier among other things, wanted Mutharika to know how Norman Paulos Chisale had been able to get the following:

The cars alone which Paulos Chisale bought between 2014 to 2015 ,before Njaunju was killed can be valued at over MK 320 million, when the annual net salary of Chisale was less than MK 10 million at the same period .
Even including the foreign travels which Mutharika had at that particular time, Norman Paulos Chisale could not afford to buy those 25 state-of-the-art cars he owns.

The dossier also had information which implicated Mutharika’s body guard in the mysterious procurement of a second hand presidential motor home, which was bought twice its actual price from South Africa.

WHAT HAPPENED TO THE DOSSIER?

This author has overwhelming evidence that the dossier from ACB did not reach President Mutharika. The dossier ended in the hands of security officer, Superintendent Dingani Njolomole –former Director of operations for Mulanje Police Station. Supt Dingani Njolomole is reported to be loyal to Norman Paulos Chisale at State House and was in-charge of waiting room, which examines confidential documents before President Mutharika sees them.

The dossier from ACB instead of landing in Mutharika’s land, ended in the hands of Paulos Norman Chisale who was the culprit.

STRANGE INCIDENTS AFTER NJAUNJU WAS MURDERED LINKING MUTHARIKA BODY GUARD CHISALE TO IT. 1. ONE MILLION REWARD (TRAP) FOR THOSE WHO HAD INFORMATION ON WHO KILLED NJAUNJU BY CHISALE

Just after Issa Njaunju was murdered and his body discovered, an offer of MK 1 million was made that those with information, which could lead to the arrest of Njaunju murder would get. The offer was made by Chisale who is Mutharika personal body guard.

This offer was a trap which Chisale wanted to see if someone really knew what had happened for Njaunju to be murdered. If anyone came up with information which was accurate and could lead in tracing Chisale who in this case is behind the murder of Njaunju. That person was going to be killed right away and the truth would never be known about the murder of Njaunju.

2: NJAUNJU PHONE FOUND WITH PAULOS CHISALE IN-LAW
After Njaunju was discovered dead, the police and the nation was looking for answers when it was established that he was gruesomely murdered. An in-law to mafia Norman Chisale who is a brother to his wife Commissioner Chisale was arrested. It later transpired that the phone which Njaunju was using before his death was sold somewhere and the seller was Chisale’ s inlaw who is also a police officer based in Lilongwe. Before his arrest, this police officer was boosting to his friends at a drinking joint that he knew who was behind the killing of Njaunju.

Some people tipped the police and was arrested, to be released later by the police which Chisale controls much through his friend, Duncan Mwapasa- the Deputy IG administration.

WHY THERE IS SLOW PACE TO ESTABLISH WHAT KILLED NJAUNJU AND BRING THE CULPRITS TO BOOK.
The police carried out its investigations and they know that Chisale is the man who killed Njaunju because of the ACB dossier. Chisale who is deemed as a powerful mafia is free because the police officers are afraid that they may lose life if the act on him for two reasons:

1: Chisale is a powerful man who works with the state president as his Director of security and managing all the accounts of the president, he is taken as someone with authority.

2: Deputy Commissioner of Police Duncan Mwapasa and Chisale are friends. There is no way Mwapasa can allow Chisale to be arrested because they are like brothers.

DO WE NEED SCOTISH YARD TO HELP US CONCLUDE NJAUNJU CASE?
It is a waste of tax payers money to involve an independent investigator to establish what killed Njaunju. The truth has been told, it is now up to Malawians, the police, ACB, the president and those who know the truth like me to come forward and let justice take its course.