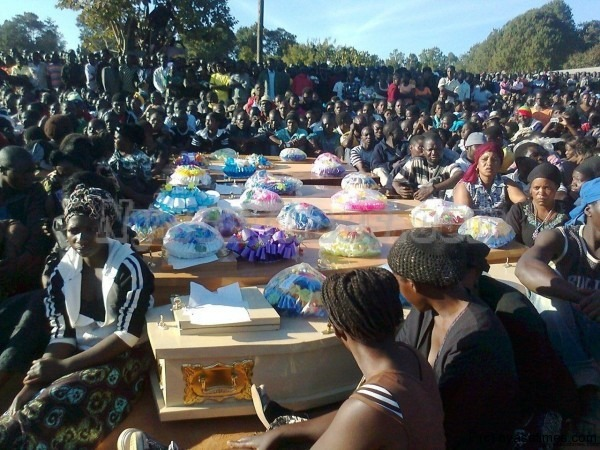 Bereaved families of those who lost their lives after been gunned down by the police in Mzuzu on July 20, 2011 had no any kind word for the state owned broadcaster, Malawi Broadcasting Corporation (MBC) during this year’s remembrance of the fallen martyrs.

The families spokesperson, Mercy Mbezuma lambasted MBC for denying anything to do with 20 July 2020 martyrs to be aired on either state radio or television since their relatives were murdered in what she repeatedly described as ‘cold blood’.

Mbezuma said it is very unfortunate that those at MBC in Mzuzu mainly those who were denying the voice of the bereaved families to be heard across are still intact while pretending as if they were doing nothing wrong.

“The lives of our relatives could not just be sacrificed in vain, we were very confident that their blood will spin the wheels of our democracy and the truth on those who ordered their killing will be exposed,
And what is MBC doing here as we remember those whom they called thugs?, all along they have been denying us an opportunity to communicate to the masses on our activities, and today things have changed they will stop calling our fallen heroes all sorts of bad names?” Mbezuma said.

And in their speeches, the former state Vice President, Khumbo Hastings Kachale and the General Secretary got the CCAP in the Synod of Livingstonia, Levi Nyondo also expressed disappointments with the conduct of MBC staff members for being biased and selfishness when handling Malawians during the Democratic Progressive Party (DPP) rule.

“I could not invite MBC at our functions and I even started calling it DPP broadcasting corporation because of the way they were handling Malawians, now they are here forgetting all the impudence we were subjected to all this time?” querried Nyondo.

Without responding much to what could be the possible disciplinary measures for those who have been rude at MBC’s Kaning’ina studios in Mzuzu, the Minister of Civic Education and National Unity, Timothy Mtambo only assured the gathering that all the Commission of enquiries whose results were manipulated will soon be reinstituted.

“There are several Commission of enquiries whose results were swept under the carpet just because some top government officials were mentioned, think of the inquest into the death of Robert Chasowa, Buleya Lule and the Area 23 arson which killed several family members, my ministry will critically look into all these scenarios and soon we will institute investigations,” Mtambo said.

Under the rule of MBC working with government of the day, some employees of were wrecklessly busy championing programs that were only promoting hate and divisions among Malawians.

Programs such as Sapita Kawiri also known as Never Again and some special news analysis programs were deliberately designed with the primary objective of destroying some of the political leaders mainly the current president, Lazarus Chakwera and his vice, Saulos Chilima