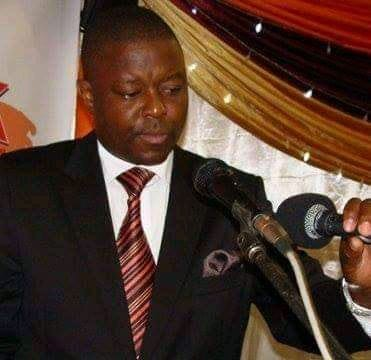 Newly appointed Minister of Information Gospel Kazako has retaliated that the spate of arrest on suspected people to have looted public resources or were involved in criminal activities during the immediate past Democratic Progressive Party (DPP) regime are not an act of Political witch-hunting.

Kazako was responding to some accusations from other quarters of the society accusing government that the recent spate of arrests of former government officials are politically motivated.

A few days ago, DPP spokesperson Nicholus Dausi lashed out at government alleging that  the Tonse Alliance administration were concentrating their efforts on “targeting the opposition policsl figures in what he described as persecutions”, rather than curbing criminality.

Kazako, who is government spokesperson, said there is nothing political witchhunt, saying people who looted public funds , perverted the cause of justice will be prosecuted according to the dictates of the law.

He said government will not make arbitrary arrests to anyone.

“The law will apply to every person including those in Tonse Alliance government,” said Kazako.

“There are so many people that had worked in the DPP government but not all of them are being earmarked for arrest. There is no reason why this government should be arresting people [without any reasonable suspicion of breaking the law],” he added.

“There is nothing political here,” said Kazako.

The government spokesman said arrests will be carried by law enforcing agencies and due process of the law will take place on every suspect.

Meanwhile, Anti-Corruption Bureau (ACB) director general Reyneck Matemba  also said his office is not involved in any witch-hunting, adding they will prosecute those who looted in DPP regime and those who do so in the Tonse Alliance administration.

Matemba said people who think that prosecuting those who were corrupt is witch-hunting and that the ACB has been sent by the current government are wrong as the bureau has professional officers who follow the law.

Some of those those that have so far been arrested include the National Food Reserve Agency deputy chief executive officer Gerald Viola, Malawi Investment and Trade Centre board chairperson James Chuma and DPP Deputy Director of Operations, Big-Joe Nyirongo.