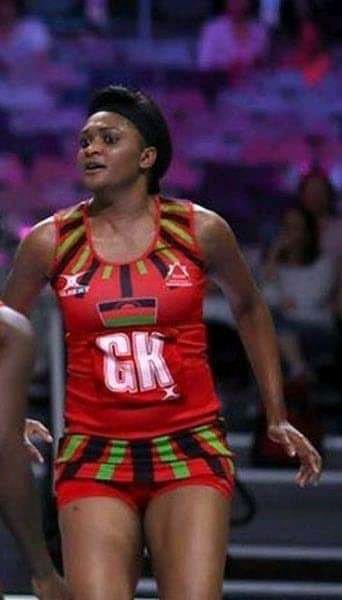 This week in sports were having a fast track of Malawi netball export to the European countries, Loreen Ngwira.

She first played for Northumbrita in 2018 before joining Manchester Thunder. Ngwira followed the footsteps of Malawi’s Goal Shooter who plays for Melbourne Vixens in Australia and Joyce Mvula of Manchester Thunder of England.

In 2019 she had a remarkable season with London Pulse.
To her credit, Ngwira has made the following achievements.
: Played in two Netball World Cups, 2015 and 2019.
: Played at the 2018 Commonwealth Games
: Part of the 2017 Fast-5 tournament and 2018 African Netball Championship.
: Nominated as player of the season at the 2018 England Netball League.
Ngwira just like any other global athlete is greatly affected with the sporting break emanated from the catastrophic Covid-19 pandemic.

2 thoughts on “Know Your Star”