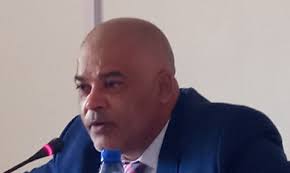 What started like a simple concern over how some Asians and other foreigners acquired pieces of land has become a very hot talking point among Malawians from all walks of life.

On Thursday and Friday in parliament, Democratic Progressive Party Member of Parliament, Sameer Suleiman breathed fire in over land in the country being taken by foreigners.

According to an official working at the department of Lands who opted for a condition of anonymity for fear of reprisals said what Suleiman is saying is totally true.
“Faisal Aboo indeed owns almost half of Limbs town in real estate property. He is the richest Indian in Malawi.,” he said

But what is shocking about Suleiman’s sentiments is that during DPP regime, he was quite, he never said a word about Indians grabbing our land, yet he was in government and his voice had influence.

Some quarters also argued that “Malawians know very well that it is during DPP government that Indians bought property such as land than ever before in the history of Malawi. Corruption at the Ministry of Land took canter stage during DPP’s 6 years era,

It is again on record that Indians got about 70% of government contracts through bribing ministers and top government officials. These crooked Indians were funding DPP functionaries during parliamentary and presidential campaigns.

“Barely, three months DPP has been in opposition and all of a sudden these attacks on Indians by DPP MP’s. Is it a deal gone sour? DPP knows the crooked Indians very well. They dined together and they stole government money together,” the official said.

Some of the Indians listed among those who procured land using dubious means include; –