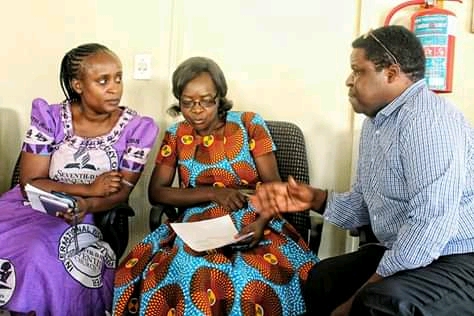 By Our Investigation Desk

Our investigative news desk have established that there has been a massive plunder of financial resources in what can be described as give and take of government money at the Malawi Consulate in Johannesburg, South Africa.

Soon after the news broke out that the Democratic Progressive Party (DPP) has lost power in the southern African nation, Malawi not all has been well among many officials working at the Diaspora mission in the rainbow nation.

Our source within the consulate who spoke on condition of anonymity revealed that the acting commissioner general in the office of Malawi Consulate office, Greener Gambatula who happens to be the best friend of the former first lady Getrude Munthalika was rushed to the doctors​ after her high blood pressure shot.

“There is a syndicate here in which the Acting Consulate General and several others have been siphoning alot of government money, and also she has been untouchable to the extent of constructing a boom gate and a robot at the Malawi office at the cost of More than R1, 000,000.00,

Normal procurement procedure was never done, we were surprised to find the work given to the Zimbabwean contractor who was only used to cash the money that could be share with her,” he said,” he said.

The last time’s audit report indicates that billions of funds have been misappropriated at the Malawi consulate.

For instance, single handedly the Acting Consulate General, authorised the painting of the offices to the expense of R500,000 and later K800 million just to renovate of a few staff houses.

Surprisingly all the renovation works were carried out by Zimbabweans who don’t even have proper registration particulars to operate across the Zambezi.

“It is not only strange but funny as well because each and every diplomat had his or her own Zimbabwean construction company working at their residences, doing the bogus works circulating among themselves to share the public money,

“As of now three Malawi government houses are being occupied by Zimbabwean nationals and the rental are not known as to where do they go,”

Meanwhile​ the Immigration Office in Malawi made an order that all the passport and travel document payments be done straight into it’s account back in Malawi after the auditors discovered that money was being misused but no action could be taken due political interferences.

Officials at the Ministry of Foreign Affairs have declined to comment on the issue several times this publication has asked for clarification by either asking for more time or a questionnaire to which they don’t reply to.