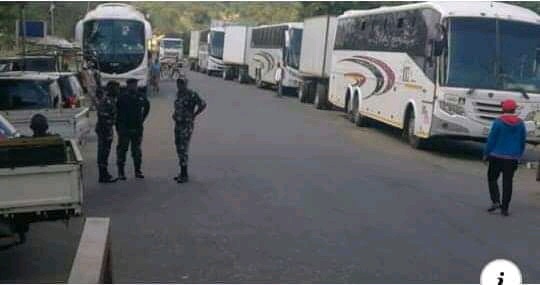 Nationals who were evacuated to Malawi earlier this year after being stranded in South Africa have started returning to the rainbow nation using uncharted routes.

According to a statement by the Ministry of Foreign Affairs released on Thursday, it has received various reports from Malawi missions in Maputo, Mozambique and Harare, Zimbabwe that there is an increase in number of cases for Malawians getting intercepted in the two countries as they are travelling to South Africa using uncharted routes.

The ministry has since expressed concern over the conduct of the Malawians saying it used its finances and human resource to facilitate the self-repatriation of over 4500 Malawians.

“It is therefore illogical for the Malawians to return to RSA using unchartered routes without proper documents after recently being assisted to come to Malawi due to hardships that they faced as a result of the Covid-19 pandemic lockdown measures. Furthermore, it is worrisome to note that there are some new migrants seeking to go to RSA during this difficult time,” reads part of the statement.

The Ministry has since advised Malawians to desist from going to other countries as many countries are yet to lift Covid-19 lockdown measures.

Meanwhile, Malawians are also been urged to use proper routes and documents when travelling to other countries.