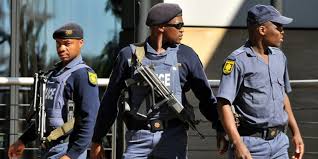 A Limpopo man shot dead his partner and her niece and wounded his 16-year-old daughter before turning the gun on himself at their home, police said on Tuesday.

Police spokesperson Brig Motlafela Mojapelo said the shooting happened at a village outside Phalaborwa at about 9pm on Monday.

This after he was sought by police for allegedly raping his daughter.

“His daughter allegedly visited him on June 13 and asked him to teach her how to drive.

“After the driving lessons, they reportedly proceeded to the house where the rape took place,” he said.

The daughter only opened a rape case on Monday.

Mojapelo said the man, who worked for a mining company in Phalaborwa, opened fire killing his partner and her niece and wounding his daughter before committing suicide.