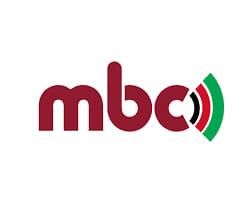 MBC today has just proved that it indeed needs massive cleaning. In a dramatic twist, Tonse dominated the news. No mention of DPP at all. Chidanti Malunga and Richard Chimwendo Banda were interviewed. DPP/UDF representatives were not.

Interestingly Hope Chisanu read the news in Chichewa. This may sound okay for the incoming ruling alliance, but it’s a tragedy. This station is not professional. It’s dirty. It stinks. It doesn’t care about media ethics. Not long ago it vomited obscenities on SKC.

Now it will willingly torture its old master in a blind defence of the alliance it used to attack. Once again it is courting Tonse to use it as the alliance pleases. The leadership of the station has to be replaced with people who will do the job professionally.

Also overzealous and unprofessional party supporters should not be employed there. We can no longer afford the tax payers’ funded state broadcaster to be used as a propaganda machine for the ruling alliance. When you are a ruling party that sounds good but it’s not. A state broadcaster is for everyone including those in opposition.