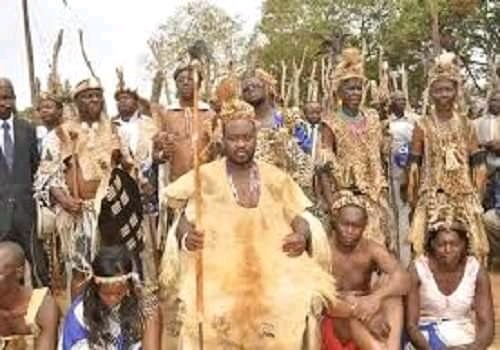 As an exemplary leader who is also World Vision Ambassador on issues to do with the promotion of rights of a girl-child Inkosi M’belwa V of Mzimba District has dismissed one of his Chiefs for marrying an underaged girl.

Announcing the development on Monday a letter communicating the dismissle of the deposed Group Village Headman Gersian Mahobe reads:
“His Royal Majesty Inkosi ya Makhosi M’mbelwa V today, have traditionally terminated the services of Group Village Headman German Mahowe, aged 42yrs, within the jurisdiction of Inkosi ya Makhosi Mmbelwa for violating the rights of a girl child.

It has transpired that GHV Mahobe had married a 17 year old, contrary to our ideals aimed at promoting the welfare of girls in our Kingdom.

Further, it has been learnt that the said GVH began his affair with the girl in 2017 when the girl was only 14.

As a World Vision Ambassador on the promotion of education for the girl child and a true leader of my people, I have traditionally stripped Mahobe of his position to set a good example in society. Let us all unite in protecting our girl child.