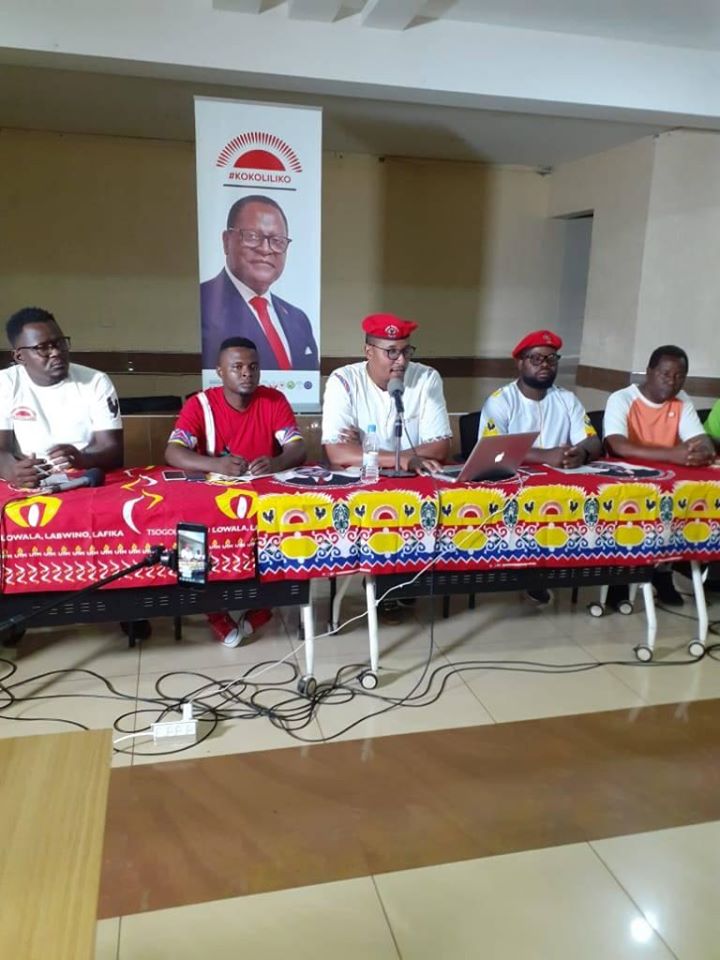 The Malawi Congress Party Youth league has warned the country’s leadership of their rigging schemes ahead of the fresh polls.

Reading the letter addressed to the Malawi President at the Crossroads Hotel in Lilongwe, Daudi Suleman, uncovered DPP’s rigging schemes through various ways such as; buying of registration cards in central and northern regions, using MACRA by putting its data intercept machines at the state house in Lilongwe, and foreign nationals to intercept and distort data during the polls, registration of under-aged in the southern region districts such as Mwanza, Phalombe and Blantyre through trickery ways to help them participate in the fresh polls so as to give an advantage to the DPP.

Suleman has further warned that DPP is using the NRB through its Director Mr Macford Somanje as a weak link to play around with the national database. The MCP youth team further informed Muntharika that Malawians will rise against these draconian tricks by the DPP with full force.