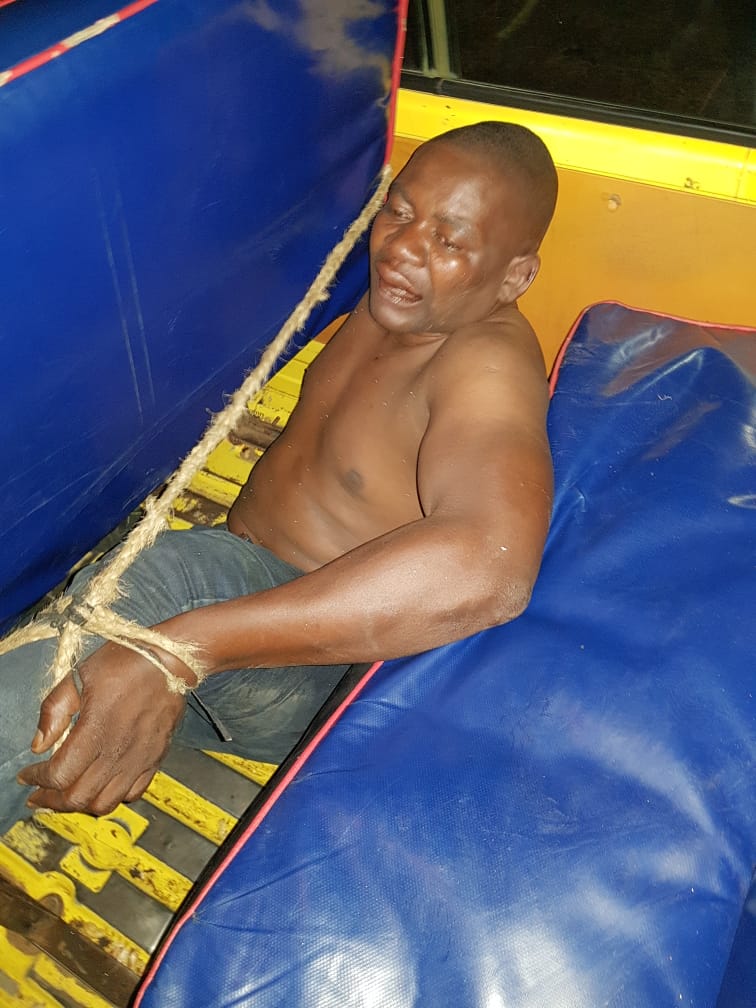 This is a Malawi Defense Force soldier.. Johanson Minandi from Cobbe Barracks, who has been beaten and tied to a minibus chair by passengersfnu after a disagreement with the bus’s conductor and driver.

The solider wanted to board a minibus at Kachere township by force after being drunk.

When he was refused, as the driver sped off, the soldier got angry and threw a beer bottle to the minibus injuring some passengers who then reiterated and made a citizens beating and arrest

He was handed over to police.

2 thoughts on “MDF SOLDIER BEATEN: TIED TO A MINIBUS CHAIR BY PASSANGERS”