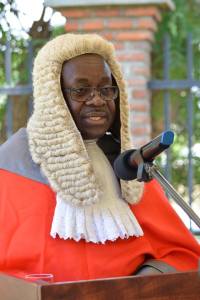 Chief Justice Andrew Nyirenda has thrown out the application for admission of the two South African Lawyers Dumisa Buhle Ntsebeza and Elizabeth Makhabani Baloyi-Mere to represent the Malawi Electoral Commission in the presidential elections case appeal.

The two South African lawyers did not arrive in the country due to public health concern. As a result they presented themselves to the Malawian Embassy in South Africa where they wanted to participate in the case through video teleconferencing .

According to Nyirenda it is against the law for lawyers to represent MEC when they are in another country. This means MEC lawyer Tamando Chokotho will represent the electoral body when the appeal case begins on Wednesday.