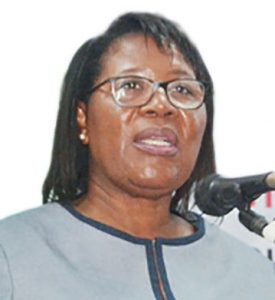 Here are some of the highlights from the speech.

My fellow Malawians!!!
I greet you all

Today I wish to give a speech to mark the official launch of the
campaign period for the 2 July Fresh Presidential Election. On
the onset allow me to explain why the campaign period is
being launched before the Commission has received
nomination papers from the aspiring candidates which is
scheduled for 6 and 7 May, 2020 in Blantyre.

Section 57 of the Parliamentary and Presidential Elections Act
provides that the period of official campaign in public shall be
two months ending 48 hours before start of polling.

For this election polling is on July 2 and if you count backwards adding the two days and the 60 days (two months) it means the official
campaign has to start on May 2, 2020.

It is not in conflict of any provision of the law that the period of
official campaign in public is commencing before the
nominations.

In accordance with Section 48 paragraph (b) of the Parliamentary and Presidential Elections Act, the 1st polling day must then be a day not less than twenty-one days after the nomination day or last nomination day.

This clearly means that campaign period does not necessarily
have to commence after nominations all the time. According to the law, the nomination days and period of campaign may
overlap.

Fellow Malawians, with the explanation above, I wish to
announce that the official campaign period for the Fresh
Presidential Elections will run from 2 May 2020 and end on 30
June 2020 at 6am in the morning.

Being a very critical period of
our electoral calendar, I have some words to all candidates,
registered voters and all stakeholders considering that
campaign will be done at a time we have the Covid-19 pandemic in Malawi and globally.

Expectations from Candidates and Supporters
The official campaign period is a time when all contesting
candidates and political parties are free to sell themselves to
the electorate. With respect to the global pandemic the Coronavirus and various public health guidelines and restrictions in place, candidates will have to find other innovative ways to of reaching out to the electorate.

The Commission is reminding all candidates and political parties
that they signed to adhere to the Code of Conduct for Political Parties and Candidates and we expect them to abide by it.

During this period, all Malawians are looking forward to an issue based campaign as well as one that is safe and will not spread
the coronavirus further. Please tell the electorate the substance
of your manifesto and not focus on castigations and hate speech.

During this period, the Commission will be monitoring all campaign activities to ensure compliance. All candidates and political parties are expected to follow proper proceduresespecially the Covid-19 preventative measures when booking venues and notifying the Police.

In accordance with the law, all public officers and government agencies are expected to treat
all candidates equally and give them all the support. The public
officers in this case include our Traditional Leaders.

Expectations from Political Parties
The campaign period is, therefore, a defining moment for all
political parties and their candidates. It will be especially
challenging in the era of Covid-19 as they have to come up
with innovative means of reaching out to the electorate with
their messages.

Role of the Electorate
The Commission is reminding all registered voters that it is their
responsibility to ensure that they patronize campaign activities
by all candidates so that they make informed decisions on who
to vote for. They should desist from being agents of violence
and intimidation. They should respect the political decisions and
choices of others, we can co-exist in diversity of political
choices, that is the beauty and power of democracy.

I strongly urge all registered voters to keep their voter certificates
safe and turnout in large numbers. The truth is that only votes
cast count for a candidate to win an election. Facebook and
social media patronage do not count. So all registered voters
should know that the ultimate goal is to turn up for voting.

Electoral Offences During Campaign
I also wish to remind everyone out there about the offences
during campaign period.

This election is regulated by the
Parliamentary and Presidential Elections Act which provides the
following as electoral offences in relation to campaign:
(i) holding of a public meeting without seeking or notifying
the District Commissioner in writing with a copy to the
Officer in-charge of the Police.

(ii) preventing the holding, or interrupting the proceedings of
a public meeting that has been duly authorised.
(iii) campaigning or causing another person to campaign
within forty-eight hours before opening of the poll on the
first polling day.
(iv) denying any political party equal treatment with any other
political party;
(v) destroying, defacing, tearing or in any manner causing to
be totally or partially useless or illegible any campaign.
material displayed in an authorized place or space or
superimposing thereon any other material concealing the
earlier material.
(vi) any officer, who is entrusted, by virtue of his office or
functions, with displaying or depositing in an authorized
place or space any campaign material, fails to display or
deposit such campaign material or misplaces, steals,
removes or destroys such material;
(vii) using language which is inflammatory, defamatory or
insulting or which constitutes incitement to public disorder,
insurrection, hate, violence or war”.
These offences are punishable by law and if found guilty the
person risks a fine of up to K500,000 and jail term of up to five
years.

With these few remarks allow me to declare the Official Campaign period for the 2 July Presidential Election launched.

May God bless you all, bless the nation.