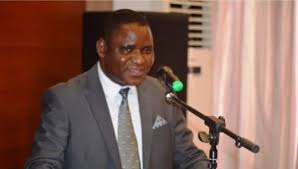 Chief Elections Officer at the Malawi Electoral Commission (MEC), Sam Alfandika, has written President Peter Mutharika to consider hiring new commissioners as the tenure of the current cohort expires on June 5 2020 while the chairperson Jane Ansah expires in October 2020.

Alfandika disclosed this development when he appeared before the Legal Affairs Committee of Parliament to update it on the commission’s state of preparedness to conduct a fresh presidential election as ordered by the Constitution Court slated to take place in July 2 2020.

The new commissioners would have to be appointed with effect from 6th June 2020.

The current commissioners will take home about K2.8 million in gratuity and a top-of-the-range Toyota Landcruiser VX they will buy at 90 percent less the cost price.

According to their condition of service, the gratuity is pegged at 15 percent of the total earnings of honoraria for the tenure of office.

The conditions of service show that MEC commissioners were entitled K400 000 monthly honoraria while the chairperson
drew K550 000 per month.

The commissioners are expected to pay 10 percent for Toyota Landcruiser vehicles bought for them in 2016.

The commissioners were also entitled to K10 million loans to buy one duty-free motor vehicle for personal use. The loan was to be deducted within the four-year period.

The commissioners were also entitled to VIP Masm cover for themselves, spouse and up to four children and two dependants.

Further, the commissioners and the chairperson were entitled to 300 and 500 litres of fuel per month respectively, K50 000 and K60 000 hospitality allowance,
respectively, and K400 000 and K500 000 furniture allowance at the beginning of each term of office.