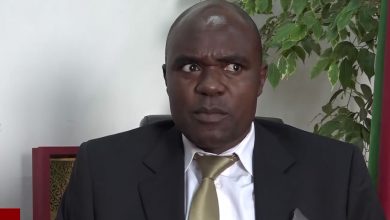 Malawi’s foreign minister and MCP’s secretary general has come out of hiding to express his anger and defiance over allegations of his involvement in corruption and abuse of office since appointed minister in the Tonse Alliance Government.

The social media has been overwhelmed with many cases of corrupt practices and abuse of office by mostly MCP gurus in the MCP led administration such as the Crossroads Hotel and the computer gates among others.
Mkaka writing on his wall has defended himself how he accumulated his wealth and citing loans he obtained from First Capital Bank to build his empire.

Writing on his wall Mkaka said ;

As rumour mongers do not run short of rumour to monger, before the Mercedes Benz whisper, there was whisper about my personal house.

This is my 345 square meter house sitting on Plot number 47/1/320. I built this house in the year 2010 when I was working in the bank (First Merchant Bank now First Capital Bank) using loans and personal savings. As I had to borrow for construction of the house, I needed to have official bills of quantities produced by the banks approved quantity surveyors. At that time, it was estimated the house would cost me US$300, 000 to construct.

I have not moved into official ministerial house by choice and government is paying me rental; of course at a rate much lower than that government pays if they rent a house on their own.