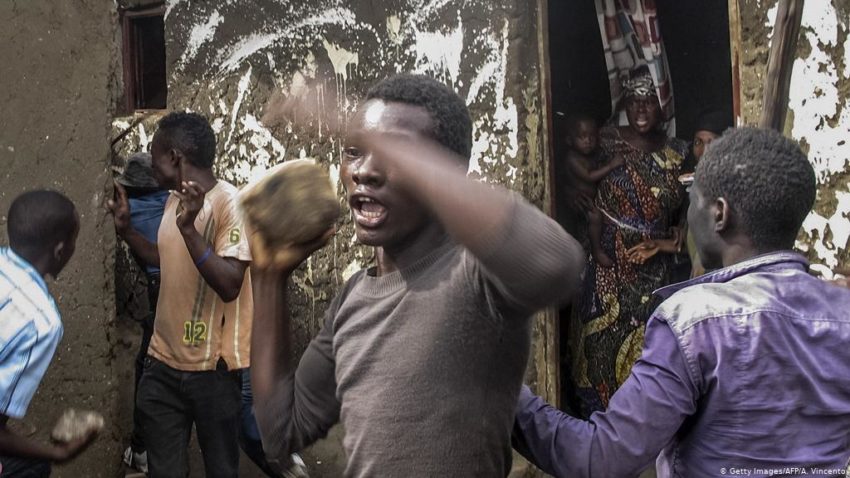 A 41-year-old Alick Mhango has been brutally killed by irate villagers over an allegation that he bewitched Ella Mhango (late) who was wife to his elder brother.

According to Rumphi Police Public Relations Officer, Henrey Mnjere the incident happened on Tuesday, at Lusimbo village in the district.

“On June 15, 2020, late Ellah Mhango fell down at her vegetable garden while watering tomatoes with her husband and she was later taken to Rumphi district hospital where she died whilst receiving treatment, a thing which family members thought it was not natural,” Mnjere said

He further said that after her burial, Mhango’s family members agreed to call for a witch finder who came on July 13, 2020 for exorcism and immediately started his work on the same day but paused due to darkness and continued the next morning.

“In the course of his duty, the witch finder mentioned Alick Mhango (now deceased) as being the one who bewitched Ella Mhango, a statement which prompted Mhango to start running away but unfortunately some villagers ran after him and assaulted him to his last breathe,

The matter was then reported at Rumphi police station and the scene of crime was visited along with medical officers who confirmed that death was due to severe head injuries,” he said

Mhango hailed from Lusimbo village in the area of senior chief Mwankhunikira in the district.

Meanwhile, police is warning residents in the district to refrain from taking the law into their own hands. Any perpetrator of the same will held answerable.