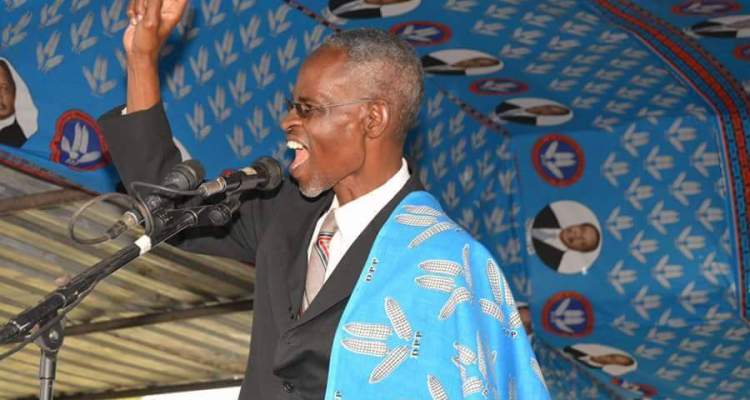 The governing Democratic Progressive Party (DPP) is expected to discipline one of its National Governing Council (NGC) members, Kenneth Msonda for issuing a document which supported insults that are being heaped on Constitutional Court judges who made a landmark ruling in the high profile presidential case.

This follows mayhem that ensued on Tuesday when the party’s top hierarchy called for a press briefing where they were disputing the contents in the said document.

The leadership through the party spokesperson, Nichoals Dausi also used the event to ask Malawi Communications and Regulatory Authority (MACRA) to investigate the people behind the letter as they claimed it is the opposition who used identities of Msonda and the party instead.

Ironically, Nsonda showed up at the briefing and then admitted authoring the letter, to the dismay of the party officials who were right in the thick of disputing the accusations.

Msonda claimed co-authoring the document with Baxter Kitta who is the party’s Deputy Director of Political Affairs and Bahart Kishombe, who is a shadow lawmaker for Karonga Central.

” I am just like any other Malawian expressing his opinion who should comment on issues happening here. Those are my views and I do not regret issuing that document,” said Nsonda.

But in an interview, Dausi said as DPP they categorically disassociate with the document and are shocked with Nsondas conduct saying it does not reflect that of the party.

Dausi has since said that the party respects the decision by Msonda weigh in on the matter but insisted he will be called for a disciplinary hearing at an appropriate time.

In the document titled, DPP Political Affairs Directorate: ‘a Restoration of public trust’ Msonda, said the aim was to debug the negative propaganda that opposition parties and civil society organizations to sway people from trusting President Peter Mutharikas leadership.

The document also slams the five Constitutional Court judges for nullifying the results of the 2019 presidential elections in which Mutharika was declared the winner.