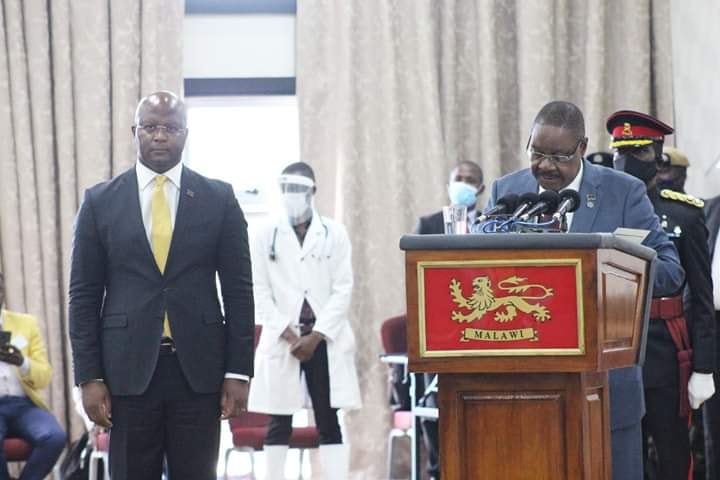 Visibly angry Mutharika said he won the 2019 election and that result were a true reflection of the people of Malawi.

“We won that election and that was the will of the people of Malawi, we are going to win again. The people who have destroyed our country would like to lead the nation after burning our government office building. We are the only people who can govern this nation,” Mutharika said.

Facing the political reality and a need to get 50+1 of the total votes to be casted on 2nd July in the forthcoming presidential election, President Peter Mutharika has picked Atupele Muluzi president of the United Democratic Front (UDF) as his runningmate.

This has been not a surprise to many considering that in the run-up to the day, some United Democratic Front (UDF) have been enjoying a little slice of power with some of them being co-opted into cabinet as ministers in various portfolios.