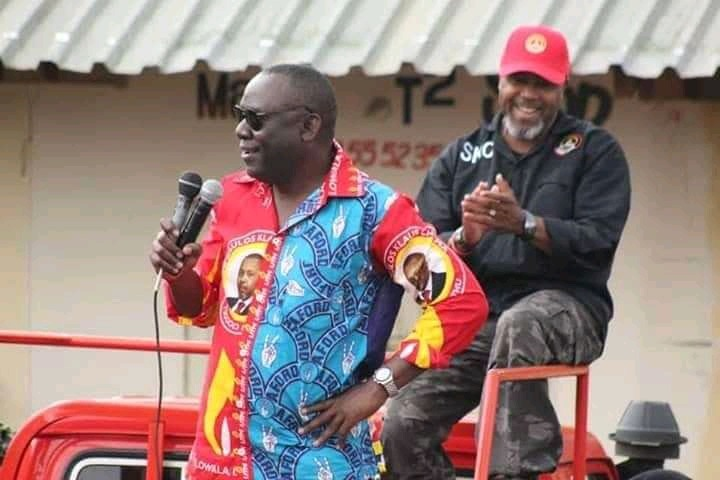 Not all is well in the Alliance for Democracy (Aford) a party which helped in the transformation of the country’s political landscape from single party rule to multiparty democracy.

The resignation of one of the party’s prominent members, Frank Tumpale Mwenefumbo has opened a can of worms in the party with a number of senior party officials also announcing their resignations.

Speaking to local media’ the former Aford Secretary General, Dan Msowoya accused the party president, Enoch Chihana of impudence and lack of respect for other senior party members hence an exodus of party faithfuls to join other political parties.

“Those members who have resigned have refused to have their integrity dented, all this mess in the party has come about as a result of disrespect for elders on the part of the party president, Enoch Chihana. I don’t find anything amusing to hear of Mr Mwenefumbo leaving the party, this is because of the leadership style which has completely lost track,” Msowoya said.

A few days ago Mwenefumbo called for a press conference where he threw a bomb shell to the party when he announced about his immediate resignation from Chakufwa Thom Chihana’s formed political party which was a force to reckon with in the first multiparty parliament of the country.

By and by, Aford has been losing its popularity even in Rumphi District where the party founder, Chakufwa Chihana was coming from.

Meanwhile, the party has only one representative in the legislative assembly which is a clear indication that it has lost grip due to among others in fighting among party leaders.

Prior to the 2019 tripartite election the High Court ordered the party to conduct a convention following two separate elective general assemblies which ushered Frank Tumpale Mwenefumbo and Enoch Chihana into office as party presidents.

Ironically, the Alliance for Democracy in its acceptance of Mwenefumbo ‘s resignation committed several avoidable anomalies which many observers described as reckless and authoritarian which do not conform with the current democratic dispensation.

But the party’s Secretary General, Khumbo Msowoya described those who have resigned as opportunists whom he said are looking for their own personal financial gains.

“We have all the information that those who claim to have resigned from the party are fortune seekers who have been promised some monetary packages elsewhere so we cannot stop them from fulfilling their desires.