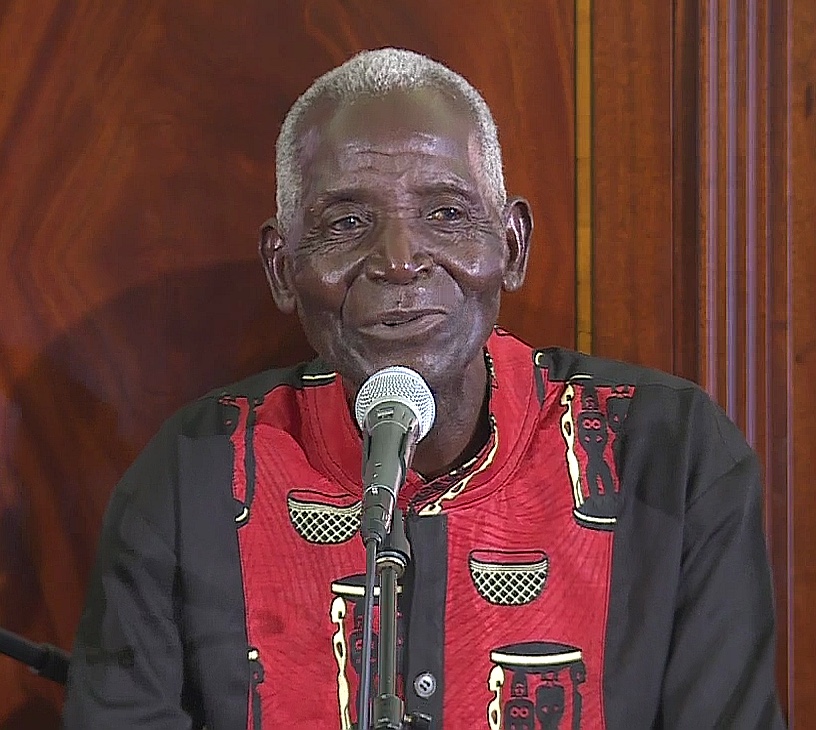 By the time the Paseli Bros did the Napolo hit in 1948, Geddes had already mastered the guitar he was teaching himself.

Giddes Chalamanda’s father left him when he was young and went to South Africa to work in the mines when he was toddler. Like many Nyasas who left Nyasaland in 1930s and 40s for Rhodesia and South Africa, Giddes’ father never returned from his sojourn in South Africa.

Inspired by the tales of success in Rhodesia, Giddes Chalamanda left Nyasaland 1950s for Rhodesia where he was employed in tobacco farms. Because of his musical talent Giddes was always picked by organisers to perform at different joints in Southern Rhodesia.

It was during those performances that he bumped into Nyasaland home boys, the Paseli Bros. Forging a very good relationship with Barry Paseli, Giddes started performing with the Paseli Bros in Rhodesia.

Together they shook Rhodesia, performing as far as Northern Rhodesia. Despite growing into a veteran artist in the colonial days, Giddes Chalamanda established himself as a renowned musician in Malawi in 1970s.

His blockbuster ‘Ndaona Ine‘ recorded and premiered by the MBC in early 70s shook the airwaves. The song also titled ‘A Malawi’ talked about how beautiful Malawi is.

The song deemed to be patriotic was played on almost every programme on the radio in 1970s..

Maybe one of the controversial things to have happened in Geddes Chalamanda’s career was his release of the 1974 ‘Buffalo Soldier’ single recorded at the MBC Radio. The song was inspired by the 1967 William Lecke’s book which talked about ‘Buffalo Soldiers’.

Buffalo soldiers where a USA military regiment which was composed of African soldiers in America in 1866 who fought the Indian Wars.

Geddes Chalamanda might have read the smaller books which talked about Buffalo Soldiers in colonial primary schools he attended in early 1940s.

The difference between Giddes Chalamanda’s ‘Buffalo Soldier’ and Bob Marley’s ‘Buffalo soldier’ is their story line.

Chalamanda’s version which was recorded in 1974 five years before Bob Marley released his version… talks about himself dreaming of going to Indiana in America. Chalamanda spoke a lot about Indiana probably because Dr Banda spent most of his time in 1960s and early 70s telling Malawians about his life in Indiana when he was in America.

On the other hand, Bob Marley’s version talked about how slaves were taken to America influenced by his Caribbean culture and outlook.

Although there is a bone of contention on who composed the song, anybody could have composed a song on Buffalo Soldiers as they were very famous in different folklores and so many tunes were sung by different black communities all over the world about them.
Geddes Chalamanda still maintains that his version of Buffalo Soldier is older than Bob Marley’s.

Despite his illustrious 70 year old musical career, Giddes Chalamanda has nothing to point and be proud of… despite entertaining Nyasas in colonial era …. And Malawi since 1964.

Giddes Chalamanda lives with his wife, Abiti Alfred and at 90 years old he is still a bread winner for his family….. from his meagre income he gets from wherever he called to perform. It is very sad that artists like Giddes Chalamanda live in dire poverty as Malawi as country does not pay what artists deserve despite of the great work they put in.

At 90, you will be amazed with the skills of Giddes Chalamanda on a banjo or guitar when he performs “Nthawi Zina” where he talks about the memories of his father as a toddler… telling him that he will die in a foreign land.