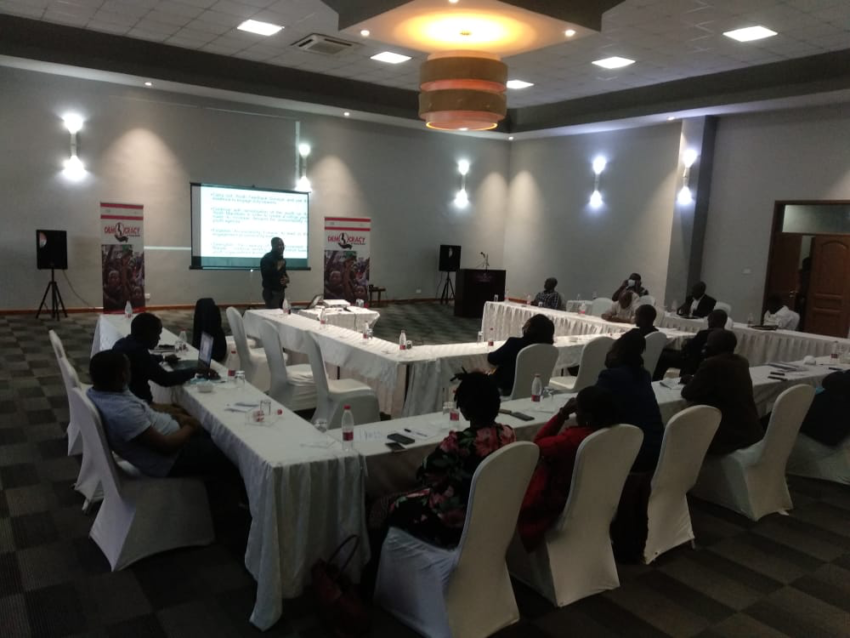 Ward Councilors in the city of Mzuzu have expressed discomfort with a new breed of young leaders who are being groomed by various civil society organizations.

The Councilors registered their concerns on Tuesday at an engagement meeting which Youth and Society (YAS) organized for Mzuzu City Council on political accountability, citizen engagement and youth development instruments.

In an interview after the meeting the city’s Deputy Mayor, Gift Desire Nyierenda said the young CSO leaders are in most cases behaving like auditors when demanding accountability on some development projects from some duty bearers.

“Instead of engaging the duty bearers as youth leaders, these young leaders trained by civil society organisations are behaving like auditors. But meetings of this nature have always provided platforms for feedback on how duty bearers are performing in socioeconomic development,” Nyirenda said.

In his remarks YAS’s Programs Manager, Amos Simwela said the political accountability and citizen engagement training was aimed at bridging the gap that exists between the councilors and the council secretariat which have derailed development.

“Democracy in young hands wants young people to take leadership positions, so we have trained duty bearers, ward councilors in particular to understand the concept that people have the right to demand accountability on various development projects,” Simwela said.

However, Simwela demanded implementation of what the training has offered for the betterment of society in the city’s wards.

In facilitation of the concept of political accountability and citizen engagement one of the facilitators, Dalitso Magelegele also emphasized on need for implementation of an overview of democracy in young hands and the national youth policy and it’s manifesto.

Participants of the workshop were councilors and heads of departments at the council secretariat.

Democracy in young hands is a year long project aimed at cultivating youth agency for accountability, open responsiveness, justice and inclusive governance and is being implemented with a K51 million funding from Open Society Initiative for Southern Africa (Osisa).