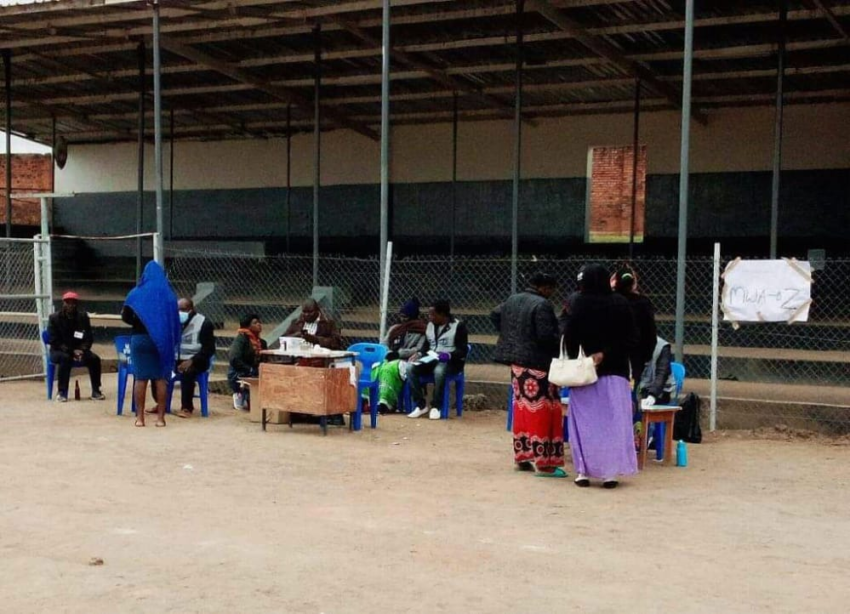 With indications that sporting activities might return very soon, officials at the Mzuzu City Council (MCC) have no even a starting point in the maintenances of the of the Mzuzu stadium which has been totally vandalized.

Some few months ago the stadium was booked by the church for a month-long prayers and that is reported to be the time when thieves took advantage of the situation to vandalize the facility which now has no electricity and water installations.

A visit to the facility by the Vomi News 247 crew on Tuesday afternoon found the stadium in a dilapidated state, grass on the pitch has dried up and that there is no operational toilet at the stadium even including the newly constructed one behind the VIP stand.

One of the officials working at the facility who opted for anonymity for fear of reprisals revealed that the stadium’s water pump and stadium workers have been deployed to work at a private owned facility ‘Springs Park’ where the council is hired to provide gardening services.

“Both, our water-pump and stadium workers (labourers) have been hired to work at that newly constructed Springs Park leaving out the stadium grass to dry out like this, and I don’t know what will happen if games may resume in the next two weeks, I doubt if this stadium will be ready to host games,” he said.

Efforts to seek a comment on the developments from the Mzuzu City Council Public Relations Officer, Macdonald Gondwe proved futile since he could not respond to our questionnaire.

However, the Secretary General of the country’s soccer governing body (FAM),Gift Gunda has written all stadium managers informing them that it’s stadium inspectorate team will from 28th September 2020 embark on an inspection tour which is aimed at appreciating as to whether the facilities are still ready to host games.

“The Football Association of Malawi through its Licensing and Compliance Department will carry out stadia inspection visit around the country, whereby a selected team of highly qualified ‘FAM Stadium Inspectors’ will perform inspections of the stadiums proposed for use during the new season to come,” reads part of the letter.

Apart from the Mzuzu stadium, the northern region has Rumphi and Karonga stadia on the FAM’s list to be inspected.