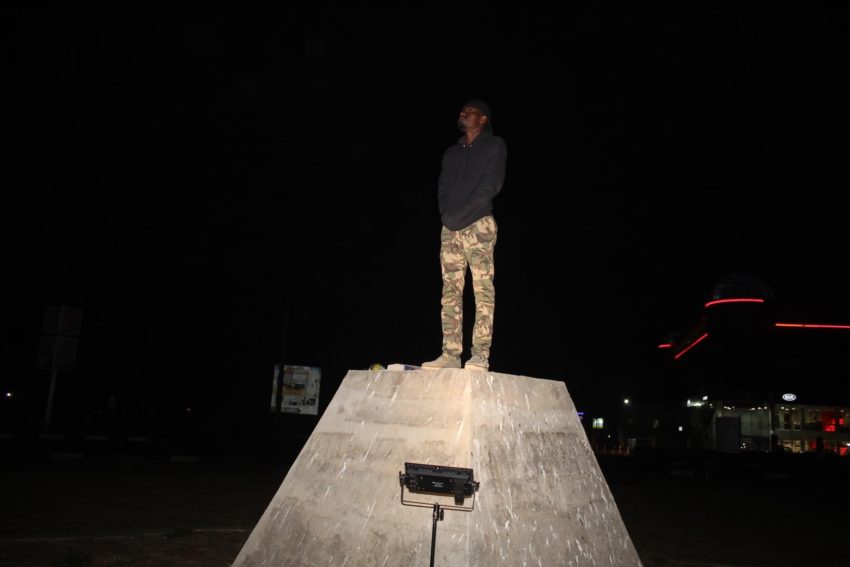 Namadingo has managed to raise over K3 million, meant for Kachikamba who was diagnosed with cancer.

The musician needs K3 million to travel to Zambia for medical attention.
This prompted Namadingo to pose like a statue on the Mahtma Ghandi statue site in Blantyre in a bid to raise the required K3 million.

He stayed there from 12pm without eating but was drinking water until around past 6pm before his manager Peter Mazunda received a message from President Lazarus Chakwera that he should go home as he would settle the balance.

Namadingo was determined to spend a night until he managed to raise the K3 million.