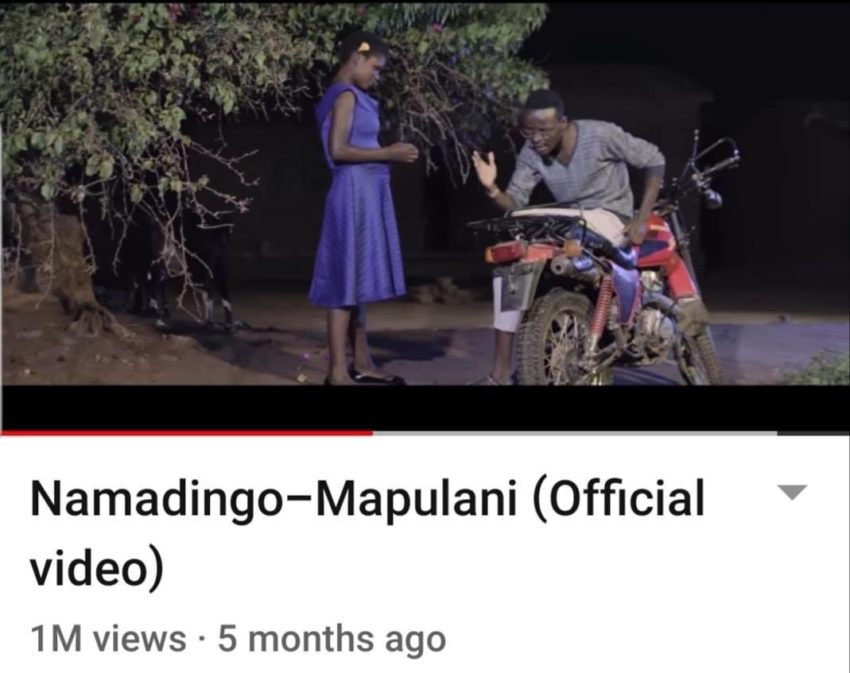 Man of the moment Malawi’s Patience Namadingo Mapulani song has become the first ever Malawian video and song to hit 1 million views on YouTube, making it the most ever watched Malawian piece worldwide.

Writing on his Facebook wall Namadingo acknowledged this phenomenon;

Mapulani by Namadingo has become the 1st Malawian music video and not just music video even just video in general to reach one million views 1,000,000 on YouTube in Just 5 months since the day of release.

Making it the most watched Music Video from Malawi in the whole world since the day music started in Malawi.

This makes Namadingo the 1st solo artist from Malawi to Hit 1 million views from Malawi with a Malawian made product. Shot by Essim Shaib M’bwana of animal lab production in area 47 Lilongwe Malawi.

No collabo. No foreign experts. No too much money spent just God, Talent and NAMAFANS that’s all😎

Malawi Stand up for the Hit Maker!💥💥💥

Nyimbo ikhale stand Up for the champion!

Thank you NAMAFANS from Malawi🇲🇼 and across the world. More especially NAMAFANS from Zambia🇿🇲! you guys pushed the numbers with a passion.

We have made history.
The 1st video from Malawi to reach 1 million views took 3 years to reach there. The 2nd video is Mapulani the record breaker only 5 months.

30 November we release the final smash hit music video that won’t take 5 months to hit 1 million. This will take less than a month.