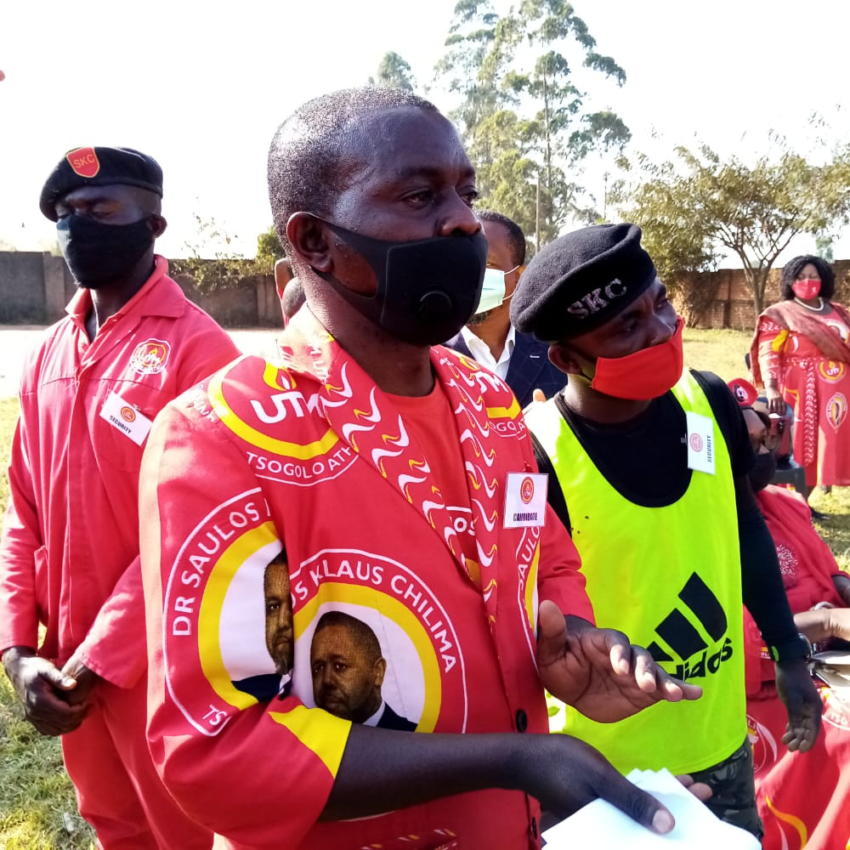 The newly elected United Transformation Movement (UTM) Regional Governor for the Northern Region, Dr Moses Mlenga has hinted that he will consider resigning from his job as the University Registrar at University of Livingstonia, Kaning’ina Campus to concentrate on his new job.

In an interview with the media after being elected as new party chief for the region, Mlenga said he is prepared to work tirelessly for the party to a point of sacrificing his job as an academician.

Mlenga said it is for the love of the party and its leader Saulos Klaus Chilima that he wants to contribute his ideological principles and political philosophy he thinks will take the party to its greatest height.

“We will work as a team, I have been a NEC member but now being governor should it become necessary, and I see that the workload of the job requires full time then integrity demands that I should Resign so as to be fair to myself, to the university and the party,” Mlenga said
Mlenga also said one of his first assignments will be to unite the party at all levels which was fragmented due to some differences among the Regional party leadership but he did not elaborate.

Speaking on behalf of the UTM Director of Political Affairs Anita Kalinde who declined any media interaction throughout, the national Director of Youths, Bon Kalindo said the UTM is now glad that the Northern Region has a governor.

“We are very happy that now we have a Regional Governor for the Northern Region and our delegates have clearly demonstrated the Democratic culture which our party is embracing at all levels and we are going to support him in all areas of political development,” Kalindo said.

However, the newly elected governor said it is his wish to work closely with his competitor in the governorship race, Rabson Chihaula Shaba whom he has described as wise, visionary and hard working.